Court ordered web blocks - a tool to break the Internet

It was obvious. It had to happen. As reported on isp review it is happening.

When there is a court order for an ISP to block a web site, like pirate bay, the ISP cannot simply block the DNS or block the IP of the web site. The web site owner can have many servers and different IP addresses and move to new IPs in seconds. End users can bypass the ISP DNS servers and even make host files. This is a whack-a-mole game for anyone trying to do the blocking.

But there is another side effect - if the ISP is following the IPs of the site they are blocking automatically, which they have to in order to keep up, then the blocked site can poison the system by providing IP addresses of other sites that are not meant to be blocked, like facebook or the bbc.

The blocking system then includes these IPs in the block. If it blocks the whole IP then these other sites fall off the Internet for that ISPs customers, at least until some manual intervention. If they block specific URLs then directing traffic for a popular site via the filtering system can overload it and have other side effects (as wikipedia found with an IWF block).

Now, if a large and well funded industry decide to rebel at the default blocking of their services, well, who knows what could happen. I am sure that the blocking can be broken and abused as above. I am also sure that they can stay ahead of the game and continue to provide content, just as the piratebay does.

By the way, anyone that has not seem this excellent video should think carefully about where this censorship will end up... 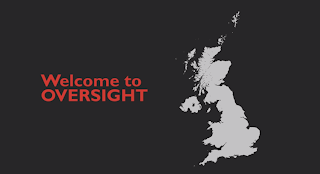