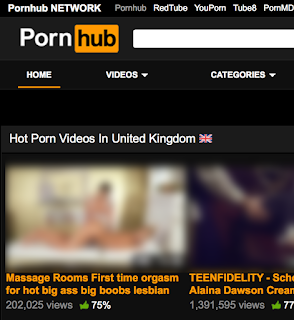 If it was not bad enough with the Investigatory Powers Act passing in to law, we are now facing another wave of stupid and dangerous law - the Digital Economy Bill.

Several people have written some good pieces on that - see one of the latest by Jim Killock of Open Rights Group.

What problem are they trying to address?

"THINK OF THE CHILDREN!"

What is the solution they propose?

There are two key parts here, both of which have huge issues.

The only real way to do any sort of age verification is to identify the user somehow. This is a huge challenge to do "over the Internet". Almost anything that can be used to identify a person can be copied and used by their teenage kid - and something like a credit card is one of the easiest. Also, bear in mind, kids as young as 8 can legitimately get a pre-payment visa/mastercard now.

No matter how you try - the system will be flawed somehow (what can an adult type or do on a computer that a child cannot copy?).

But no matter what you try - there will be an association of the web site access with the identity of the person accessing it. Steps can be taken to try and avoid this linking together cleanly by some means, but ultimately there will be a link somewhere, and that allows for a huge database of sexual preferences for adults in the UK. That will get hacked or sold or both.

We are talking about a database of the sexual preferences of every UK adult! But I suppose the Investigatory Powers Act allows such a database to be created as well - at least tied to an Internet connection if not a person. This database will tie to specific people.

What is the right answer?

You have to assume there is a question/problem in the first place, which is not clear, but assuming there is one - what is the answer.

I think it is simple to say - education is the answer, not censorship.

But I'll try and be a tad more helpful.

For young children you need education of parents and guardians on how to use the many tools available to them, and some education that the Internet is not the ultimate baby sitter. There are many tools - just installing any operating system these days will offer a range of "parental controls". There are safe-search settings on search engines and there are controls that can be set in most ISPs systems that offer filtering as an option. ISP filters tend to be whole house and so a tad crude but there are DNS based systems which are easier to set on a per computer basis and provide controls not only on content but times of day, etc. Lots of tools exist, in the control of the parent/guardian. Yes, they are easy for some teenage kid to bypass, but we are talking here of young children not trying to access porn, and for that all of these tools work well.