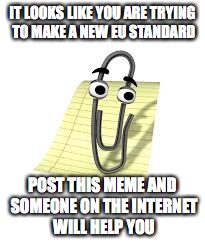 My son has this idea!

The ideas is that packaging for products should not just have the usual standardised set of nutritional contents, but a QR code* including them directly in an off-line machine readable format.

The concept is that third party apps or standard health apps in a phone can work with these for dieting and general health data. I am sure Slimming World, or Fat Fighters, would love this to include in their apps, for example.

The basic idea is a standard for the product name, the package size (g), the serving size (g), and nutritional information (per 100g) to be included in a simple format that can be easily scanned directly, probably a VCARD style to keep it compact.

Quote from my son... "Getting what you want from subway on MyFitnessPal is a fucking nightmare"... "because cheese"... So Subway receipts that know what you asked for could include the QR code!

But obviously the QR code could ideally include a set of standard allergens as well, or should I say ALLERGENS to fit with current labelling style. Even so, the app could know which you have an issue with and flag it up in nice red flashing text and a klaxon sound when scanned.

Now, if this was a QR code with a link that served a MIME type then it would make sense as a RFC under IETF, but it probably is far better for this to work off-line as well, and actually contain the data. To me that sounds like a European Standards thing or an International Standards thing.

I think we'd be happy to work on the formal definition, after all the list of allergens and standard nutritional information categories already exist - they just need encoding in some simple and well defined format.

The question is, how do we do this? What agency do we poke and how do we progress it?

Someone suggested we propose a specification, so here is a start (here). 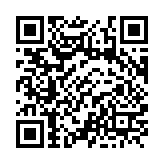