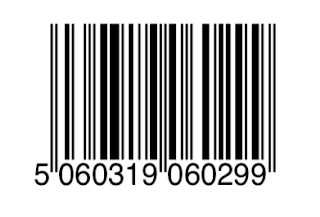 There are many legal systems to create and protect certain rights, such as copyright, design right, database rights, patents, and so on.

However, unless I have missed something, there seems to be one obvious right that is missing. I am not suggested we make a law for this, but I am interested that this seems to be an obvious possible issue that does not have the same legal protection.

There are a lot of situations where some unique allocation of number or name space exists within an application that therefore needs some management and allocation. Some simple examples are :-

Now, in some cases, these are only usable within a specific group of people that all agree to follow a common authority. So, for example, ISPs all agree to work together and interconnect. Now, in theory, there is nothing to stop an ISP picking IP addresses at random without using the internationally agreed hierarchy for managing IP address allocations. However, other ISPs will simply not peer with them, or will not route those IP addresses to/for them. So it won't work. There is no need for a law to control who is allocated the numbers.

Indeed, I think, in most cases (a lot of the above examples) there is basically a club you have to join to be able to do anything, and the other members only play if you follow the club rules.

Even so, in some cases, there are laws for some specific things, like telephone numbers. It is defined by law how communications providers use numbers as part of the national numbering plan and that OFCOM manage the number allocations. But this is a specific law for that specific case.

There are some interesting edge cases though.

Barcodes is one. We have dealt with GS1. FireBrick paid for a small block of UK EAN product codes so we have barcodes for the sleeves of the FireBricks and for Ignis (the dragon). This is in the off chance that we managed to sell to some retail outlet like PC world. However, given that GS1 charge annually and nobody was actually using the barcodes, we decided not to renew. GS1, of course, said we could no longer use the numbers and had to ensure barcodes were not used with those numbers any more.

This led to an interesting discussion. Apparently they even have an "enforcement" team that look for unregistered numbers in-use. The question then is what do they do? They got quite stroppy when I asked questions, like why not? Well step 1 was easy, because FireBrick had a contract, so I said that was fine, A&A were using the numbers instead and A&A had no contract. They did not like that and pointed out that they retain all rights in the numbers allocated.

This is where it got interesting as I asked exactly what rights they were retaining. They had no answer. I pointed out copyright does not apply, neither do design rights, database rights, patents. There appears to be no generic legal mechanism for establishing a right to management of allocations within a namespace such as UPC/EAN product codes. So actually, from what I can see, nothing to stop A&A using the numbers that were allocated to FireBrick without paying GS1. What this meant is the existing printed sleeves and existing labels on Ignis dragons did not have to be scrapped.

Now, in practice if some retail outlet want to sell FireBricks we'll subscribe again I am sure. A retail outlet may well require as part of the contract with them the use of valid/current EAN product codes. So we are back to the enforcement by joining the club, which is fair enough. Though I did wonder if retailers really care as long as unique within their inventory. I did tell GS1 that as they know we have products (Ignis mostly) with these barcodes it would be negligent / irresponsible if they knowingly re-allocated the codes to someone else. 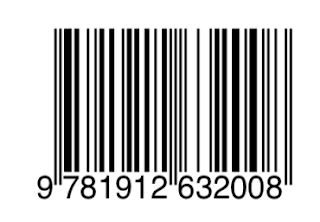 Of course, another thing may be that retailers only need a code that is valid and current which means one could perhaps get an ISBN (for the quick start guide in the box) and use the ISBN based barcode on the box. I see plenty of kids magazines with ISBN or ISSN and lego bricks attached, so this would be no different logically. It would be a unique product code, and allocated to us, and as it is a one-off fee for ISBNs, no annoying recurring fees. As a bonus, no dealing with the stroppy people at GS1 either. If ever we do a deal with a retailer I'll ask if an ISBN based code is any issue for them - I doubt it some how - it is, after all, just a number in their database.

It is rather amusing that GS1 felt some legal rights existed in the allocation of these numbers. They must know that no such rights exist, but still assert they control them in their documentation!

Another interesting case which we see quite often is MAC addresses.

These have to be unique, on a LAN. In practice the way to do this is to make them unique in the world by a central allocation of the OUI (first 6 characters / 24 bits) by the IEEE who charge over $2000 (one off) for such a prefix. We have paid for a prefix and use it.

But what we do see is some times people just make one up. This is partly because there is loads of unused space in the allocations so easy to pick one that is spare, and partly because the actual chance of a clash on a LAN is very very low even if some other manufacturers is using the same prefix. So devices with unregistered MACs exist. AFAIK there is nothing the IEEE can do about it, as, unlike many things, there is no need to join a club or contract with other users of MAC prefixes where you may be obliged to have a "proper" prefix.

Am I right that there is no generic legal right to numbering allocations?
Posted by RevK at 09:45:00