I have used freestyle libre CGMs for a long time.

Yes, obviously, I’m diabetic, but I have always felt like a sort of amateur diabetic! I take one injection of slow acting insulin a day, not like real diabetics that have match a dose to what they eat every meal. I did not know imposter syndrome was a thing with diseases :-) However, having seen the CGM readings for a couple of non diabetics now I can see that my blood glucose is very different to “normal” and feel a tad more “legit”…

But not having to match insulin to every meal (I take tablets with meals to help) I’m not the normal target for a CGM. However, if you can afford them, I would recommend them for anyone who is diabetic even if like me it is more “mild”. Indeed, perhaps even more so where I cannot easily compensate for eating the wrong thing, the CGM has helped me get my diet right (on most days). My reaction to carbohydrates is far from obvious as some simple things can send my sugar spiking but others are no problem. The CGM helps me learn the problem foods and drinks, and what is not a problem. Even so, that is not always consistent, and can have surprises...

Not an ideal day for sensible diet, but the effect is not anything like obvious from the meals!

However, one issue with the freestyle is they occasionally screw up and don't work. Yes, in theory, I could send them back, but it got so annoying I decided to try a Dexcom instead. 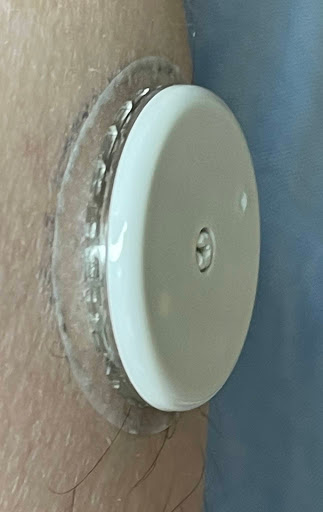 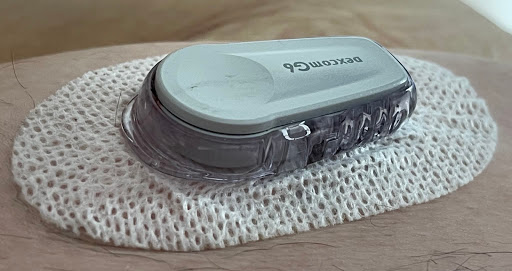 The actual sensors are different, the Dexcom has sensor and transmitter. It is bigger, has a bigger sticky patch, and thicker. The transmitter is silly - 3 month life limit and buy a new one (I included in above price), but seriously, in one off, it is £200! Why not 50p for a new button cell? And it is not like it is more complex that the whole freestyle sensor which is £50. Definitely some level of price gouging there, in my opinion.

The other thing that is interesting is the difference in the actual readings... Here is the last 24 hours on Dexcom and Freestyle. 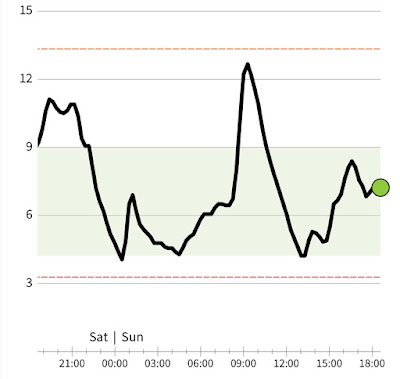 Scaling and overlaying you can see they are close, but not quite the same. 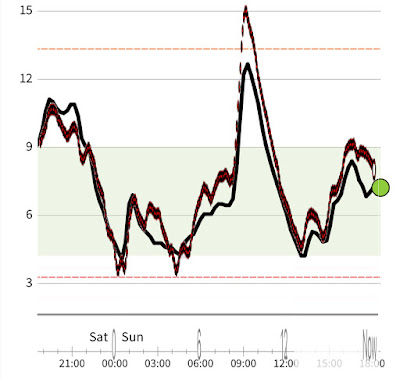 The sensor lasts 10 days, well should do. I managed 5 days before it was too painful, and I removed it. The start pack has three, so I'll try one on my arm, but if that does the same I'm going to ask for a refund. Never had this with the FreeStyle Libre. 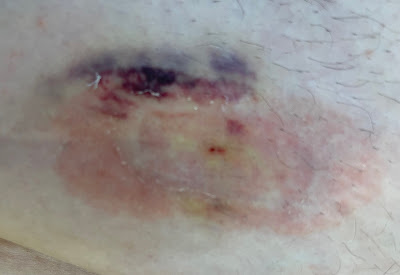 FYI, a week later this is still not healed properly - it is getting there but pretty serious reaction. I tried on my arm, and whilst the reaction was a lot less severe, I had to remove it as it was too irritating after a few days.

Dexcom are being slow to do anything. I've filed an MHRA report anyway.