Digging a hole for themselves 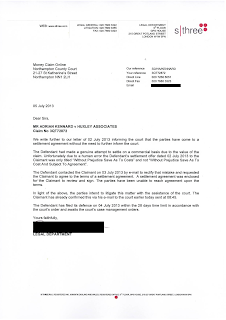 Huxley are now telling the court that they did indeed offer to settle, but by mistake they forgot to say that their offer was "Subject to Agreement", and that they since tried to rectify that mistake.

Their letter makes the facts clear - they offered to settle and I accepted. So I have now asked the court to change my claim to one for breach of contract whereby they have simply not paid the £30 they agreed to pay, and the letters to the court are my evidence of their unconditional offer and their agreement (telling the court we had reached agreement).

This will be a way simpler case to win - show the judge the letter where they offered, my reply accepting, (contract formed) their letter telling the court we agreed (proof they got my acceptance), and bingo.