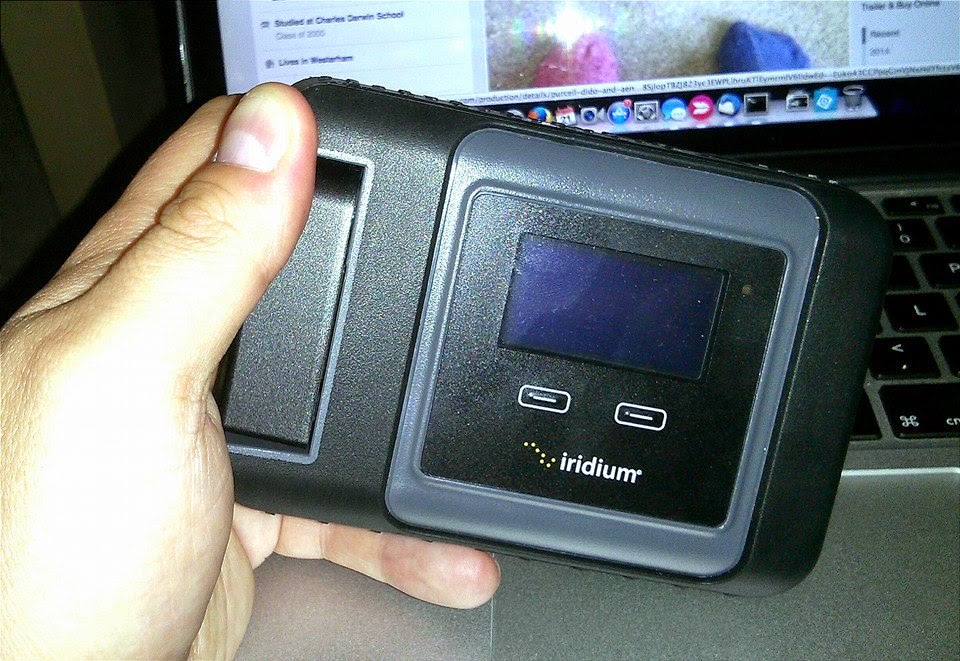 Dealing with any tech support dept can be hard work at the best of times, but Iridium seem to be a tad special.

We have got a sat phone (Iridium Go) as a bit of research. There are some technical improvements on the cards for Iridium coming along soon which will make it an interesting option, albeit expensive, for some broadband cases. But for now it is partying like it is 1989 with 2400bps data calls (no, I did not miss a "k" or "M" there), phone calls, and texts. It does, however, work, and can even be told to send GPS update texts periodically as this device also has a GPS. Yes I have made a tracking app with google maps and so on.

I'll post more on this, and using Inmarsat and mobile roaming data in a little over a month. For now we are just getting started and testing. One of the staff is doing an antarctic expedition at Christmas, and that will be a very interesting use of this.

So the tech support journey begins.

They ask for details of the test calls I made, times, called numbers, CLIs shown. Vaguely sensible request.

2. I tell them times and called numbers and presented CLI as requested.

They ask which carriers each call is with? Well, I said that in the first place and they can tell from the numbers, but what the hell!

3. I tell them which carrier it is for each as requested, again.

They say, and I quote: "I don’t understand the problem. Please advise." !

4. I explain that the CLI is wrong, as per the subject line! How simple can you get?

They say, and I quote: "The numbers are technically correct." (yes, the best kind of correct, I know).

They say that they aren't being translated correctly on the Mobile providers[sic] end. That is not really a good answer as no translation is needed, and in fact a "1" has been inserted which is not a translation you would ever do.

But Iridium are losing money on this!

I don't understand why they seem not to care. If I were Iridium I would be making damn sure the CLI was right everywhere because that way people could call back when a sat phone user has called. Calling Iridium is £3.60 a minute (from BT) so you would want people to try and call back. Anyone trying to call me back gets a dentist in America!

Anyway, next trick is to contact the mobile providers and ask why the CLI is wrong. But seriously, Iridium are crazy if they are not on top of this.

Update: Power of the blog! they are making test calls and trying to sort this.
Update: Their test calls all worked but real calls are just the same!
at August 22, 2014