Baroness Howe at it again 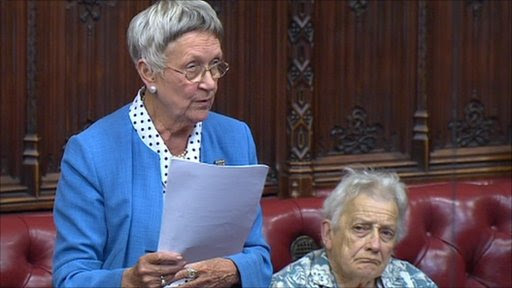 Once again mentioned in The Lords, albeit more indirectly: "One of them even boasted of the fact that it deliberately did not filter". That pretty much has to be us, A&A.

Would she be so condescending to a phone company saying that they do not listen to, and filter, what you say on the phone, I wonder?

Once again, I say to the Baroness here:
For those that do not know, the choice is like this :-

I have removed the comment about moving to North Korea if you want filtering. At this rate, their ISPs will be suggesting you come to the UK for censorship!

We already (as you see in that image) suggest we can set up alternative DNS (e.g. OpenDNS) that can avoid children accidentally accessing unsavoury parts of the Internet. This is about the best any ISP could actually do as anyone determined to access something can easily bypass the filters any ISPs include.

Of course, we also have the fact that such filtering it likely to fall foul of EU wide net neutrality rules that are coming in to place.

We also have the fact that such filters are against mere conduit EU rules, and perhaps even against the Computer Misuse Act.

I assume her Bill will, again, fall flat on its face. If it does not, it seems we will have little problem complying and probably already do.

P.S. Sorry if not obviously, but if you pick the "Censored" option you cannot place your order and the message suggests you choose another ISP. That is a choice anyone can make.
Posted by RevK at 17:21:00