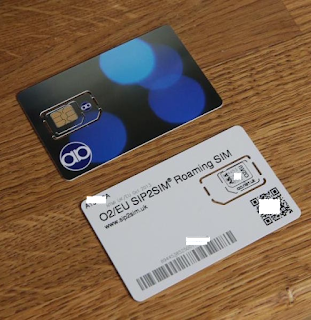 Having used both printers now, I feel I can comment. Matica XID9300 and Zebra ZXP8.

I have only been using the Matica for this week, but even so, I have a good idea what it can do and how good it is.

Both printers are good for what they do. We got Zebra originally because I knew the brand from long ago (labels on mobile phones printed on Zebra printers). The Matica was found after a lot of chasing suppliers to find one that did what we need exactly.

Both printers can print on plastic cards, edge to edge, double sided, colour and black and (if you want) UV layer as well.

Both printers are "retransfer" printers. This means they print on to a transfer ribbon using normal die sublimation, and then transfer on to the card. This allows true edge to edge printing. Apparently this is a challenge with direct die sublimation for some reason. They also end up with a laminate like effect where the transfer ribbon transfers on to the card and gives a gloss finish all over (even where not printed).

They are a similar price around the £3k mark when you have contact station for contact cards (like SIMs) and mag card encoding (because, what the hell).

They both have windows only drivers, but I was able to make linux drivers quickly.

Both work over USB or Ethernet.

Both have the same horrid way of handling card encoding using contacts - they will place the card on the contacts as part of printing, and that is it. These contacts can either wire to a port on the back, or go to an internal USB smart card encoder with the USB going to the back. This appears to be industry standard and, IMHO, bizarre. Why have Ethernet printing that allows printer to be distant from printing machine, but require USB for the encoding - it defeats the point of Ethernet printing. Encoding a card is simple message each way which would be simple to include in the Ethernet protocol anyway. Why? Why? Why?

Both have similar running costs.

There are a few differences...

Firstly, the big one - and what matters for us. Printing on different types of plastic needs different speeds and temperatures. The Zebra is very flexible with this, and allows multiple card types to be configured. When sending a job I can select the card type and it will adjust settings. The snag is that we have one card (Data SIM card) that needs the highest heat setting to work, and it seems that even though that heat is within the range you can specify, it will bubble and melt the transfer rollers with one card. This is a design flaw, clearly. A compromise of lower heat sort of works but quality suffers. Also, the time to heat and cool between different types of cards is annoying, and often the first card  or the day is not any good and wasted.

Having said all of that, if you do not have these SIM cards, and so do not need that heat setting, it works fine, and will do other SIM cards, and no problem with plain white cards whatsoever.

The Matica has settings too, but just +1, +2, -1, -2, etc over normal. To get printing to work on the difficult SIM cards I set speed down one and temperature up one, but that setting then works on plain white cards and both types of SIM. The fact I cannot easily set up card type pre-sets is not an issue and no waiting for heating or cooling between prints. Clearly the printer can work at these settings and do so reliably as I have printed hundreds of cards now - just like the Zebra on lower heat does. I have not even had to code settings controls in to my divers.

The Zebra has card feed hoppers which made it easy to have several, one for each type of card, and swap as needed. We do have a spare tray for the Matica, but not simple to swap. However, inserting a few extra cards in the tray for the Matica is easier than it was on the Zebra so we'll keep the tray with plain cards normally and add SIMs as needed I think.

The Zebra had issues printing on thin air. To print on sims or mag strip on the Zebra you need an "inhibit" ribbon to mask transfer on the cut out of the SIM, the SIM contacts, and any mag stripe. This works, but is fiddly to align perfectly so leaves a white border of non printing on to the card. Also, if you try too hard and do multiple SIM cut outs you can actually tear the ribbon consistently! If you do not use the inhibit ribbon, it works, but you get a sort of cellophane effect in the gaps and on the SIM contacts which you have to wipe off, and they stick with static and get everywhere.

The Matica is magic! It simply does not print on SIM contacts, mag stripe or thin air - it manages to transfer edge to edge and have no rough edges, no cellophane effect, nothing - just works. They don't even do an "inhibit" ribbon! So much easier.

The Zebra always does a transfer of both sides of the card - using two transfer ribbon panels. The Matica does one side at a time, so can print on one side only if you want, saving some cost. Both can do CMY on one side and K on the other, or have CMYKK ribbons.

The Matica is a tad smaller, looks like it can be stacked (is a cube) and weights lots.

There are some downsides to the Matica...

The "black" is not quite as strong - on its own it its a very dark brown even, but on top of YMC black it is black. It is not quite so "crisp" and "on the top" of the card as with the Zebra.

The "UV" layer prints the MAC of the printer in the corner - we are chasing the manufacturers to find a way to turn this off. Nice feature, but not one we need or want.

It seems a tad slower - but given the faff with heating or cooling on the Zebra, it is faster for one card and there is not that much difference.

The Zebra is perfectly good unless you have these Three 3G SIM cards that we have.
The Matica seems more of a work horse, and works with all of our SIM cards.