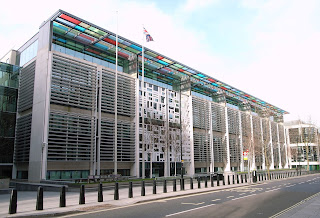 P.S. No, I did not see Theresa; No, they did not hypnotise me; No, I have not yet wiped my phone after being in their hands for two hours... yet; Yes, they had coffee and biscuits; No, I don't think Theresa is a goa'uld; No we have never been and are not subject to a retention order; No we have no "black boxes" of any colour.
at November 25, 2015