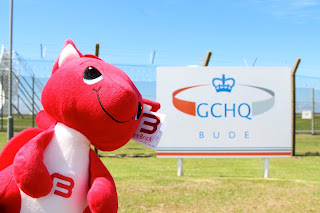 To all of the normal people that read my blog. I am sorry this is another post on that snooping crap, but do please read it. I'll try and get back to 3D printing daleks or something real soon.

There is a law that is being considered right now, and may be proper law some time next year.

You should care about it! You can help fix it!

It tries to update some of the existing laws, and make legal some of the stuff done by our "intelligence services". You know, James Bond stuff, except they don't just spy on our enemies (who exactly are they?) they spy on us as well.

Might be worth a small bit of history - phone systems. Originally they were a bit mechanical, and even had operators at the start. Charging for calls used a "meter" that clocked up units. That was it. But things got smarter and people understandably wanted to know where all these units of charge came from, so the phone companies started logging the calls you made and created the wonder that is Itemised Phone Bills. We kind of take them for granted now, but I am old enough to remember a time when we did not have them. This was all done for the benefit of the phone company and arguably their customers.

The fun then starts - the police realise that they can ask the phone company (there was only one) for details of phone calls made from a phone. In some cases this is really useful to some investigations. Later they were even able to ask about calls made to a phone, which is also useful. Of course, even before these itemised phone bills they could ask to "wire tap" a line so they could listen in. At one time this really meant connections to the physical line. This was for serious criminal suspects, obviously.

These days it has got more complex. There are mobile phones, and the police can ask where phones were (at least based on cell towers). As time has gone on, the technology to "snoop" on us all has improved a lot.

The big concern is where the line is drawn - how much snooping is too much, and there is a really big fear now that we are getting to that point. There is a bit of a clue when new laws actually have clauses to exclude MPs - even they feel that this would be too far for their comfort. The fact that someone knows the location of your phone, and hence probably you, every minute of the day for the last year is a tad scary.

When we are out in public, we expect that the public can see us, and hear us, and know where we are.

This is usually that we only expect a few people can see us, but they can tell others, so overall the idea that there are cameras all over the place is no huge surprise really.

Basically, we don't have an expectation of privacy, that is what "being in public" means.

The laws on photography are also quite clear - as a photographer I can take a picture of pretty much anything and anyone from a public place - I am just recording what I myself am quite legally allowed to see. (Yes, there are a few caveats on that, but not the point here) 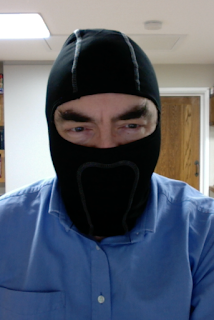 When we are at home, or pretty much anywhere behind closed doors, we expect privacy.

Now there are those that say "if you have nothing to hide you have nothing to fear", which is, to be frank, bullshit. None of those people want a public web cam in their toilet or bedroom, strangely enough, and they won't tell me their card details and first pet's name either.

So, I think we can agree that whilst some things we do are not basically private where we have no right to privacy, there are places where we can go and things we can do where we expect privacy and to be quite frank we are entitled to it.

So how does this new law cross the line?

These days when in private we may use of technology a lot - phones, computers, TVs, games consoles, and all connected to the Internet. What we do on the Internet says a lot about us.

Now, with phone call records, the content of the call is not logged by the phone company. Unless you are a targeted suspect of a serious crime your calls are not being tapped, or at least should not be.

The problem is that what we do on the Internet is a lot more revealing about us that what phone calls we make. Privacy International have loads on this (here) and a great video on metadata, which is supposed to be the what, when, who, how, but not the content of what you do on the Internet.

The new law wants to collect a lot of this metadata about all of your Internet access. What is worse is that they want your Internet Service Provider to collect it and store it for a year and make it available to the authorities if they ask. Do you trust that your ISP will not get hacked? Even if they are pretty good now, they will become a juicy target for hacking very soon.

Don't they need this to keep us safe?

There are bound to be cases where knowing everything about everyone can help stop a crime, and if that is what you want then we really should go for cameras in your toilet and bedroom. There is a trade off to be had between the rights we enjoy, the way of life we want to live - with that degree of privacy, and with keeping us safe.

But let's try some facts here shall we...

But it gets worse - the Internet is just not like the phone network, and the logs they want don't exist. What logs they can get are likely to be unhelpful (they seem confused that a phone does not just connect to twitter, but actually stays connected all day every day). And over time they will get less and less data as changes in the Internet make it more secure (to combat criminals).

It is also true that criminals can cover their tracks with ease. Simply using secure messaging systems like iMessage, but with a bit of googling you can be way more secure. So the real targets, the serious criminals, and the terrorists, can hide already and always will be able to hide.

What can you do?

One is to spread the word - share and repost this blog to your friends. I have a lot of techie friends and they really get this already - what we need is all of the normal people, the non techies, the people fooled by the "Think of the children" news headlines. People need to think - do I really need the government, and worse, my ISP, spying one me?

Secondly, and this is more work, which is why spreading the word is important, contact your MP now. tell them you are unhappy about this. If you really want, look at my other blog posts and you'll find out a lot more, and even how to formally respond to the consultation and evidence processes, as I have done.

You can also contact people like the Open Rights Group, tell them how you feel. Join up, and stand up for some of these last remaining rights which we all enjoy before they get eaten away bit by bit. AAISP are a corporate sponsor. All that is necessary for the triumph of evil is that good men do nothing.
at November 26, 2015