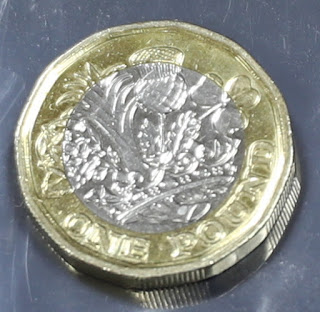 In the end, we asked Amigo for a settlement figure, and I paid it. My friend is now repaying me. Yes, I know, "I told you so" all round.

I asked for a "settlement figure" and received one, after a long and very shouty call as I mentioned in a previous blog (sadly not recorded). I got the settlement figure by email dated 19:30 on 2nd October. I logged in to my Barclays on-line banking and paid it in fill. Amigo have now confirmed in writing that the payment was "accepted" as part of the "faster payments" process at 19:37 on 2nd. Yay!

You would think that is the end of the matter, but no.

Firstly, it is clear that Amigo are unable to provide a "settlement figure", as even paying them in full in irrevocable cleared funds in only 7 minutes of getting the figure, it was not, according to them, sufficient to "settle" the account. There was another £10 of interest to pay. I am pretty sure that the whole point of a "settlement figure" (which is what they called it in the email) rather than just an "account balance" is that it is a figure that can "settle" the account. The fact they are unable to actually provide one is a serious issue in my view, and so has been reported to the Financial Conduct Authority.

So why was there interest still to pay? Well, it seems, according to their written reply to me, that they deliberately delay processing payments until the following working day. Well, I paid on the 2nd, but they recording the payment as being paid on the 4th. It seems that "following working day" was a bit of a lie, as it can be the day after that.

Their reason for this? That "payments can be subject to confirmation or be reversed"!

Well, that is true for some types of payment, but waiting one day does not help. Direct Debits can be clawed back at any time, so clearly they have a process for handling payments being reversed - how does delaying things help. However, Faster Payments cannot be reversed (as per FAQ on the faster payments web site), so not actually a valid reason anyway.

My issue though, regardless of how much they delay processing the payment they have received, is that they should record the payment on the account correctly - the correct amount, and surely, the correct date. The date they were paid. I have no issue with them waiting until the 4th to record the payment, but record it as having been paid on the day it was paid, i.e. the 2nd, and so apply any interest on that basis.

To deliberately falsify the record of when a payment was received by at least one working day on every payment, in order to collect more interest, seems to me to be a simple matter of criminal Fraud.

So, reported to Financial Conduct Authority for that as well.

Barclays worked well in this case, the faster payment did work, and arrived in seconds. Barclays have a "tracker" page on on-line banking that you can use to check such a payment has been made. They can confirm that it has been "accepted" by the receiving bank. I did this at the time, and saw it was accepted.

However, it was not until nearly two months later that Amigo finally actually sent a statement saying the payment was made at all, and that it was made on the 4th, not the 2nd, and that interest was due. I was fuming, obviously, and wanted evidence that I had paid. I checked Barclays on-line banking and the "tracker" only goes back one month, so I could not get the evidence, damn. All I had was a statement showing the banking day (3rd).

So, simple, there is a secure messing system. I simply asked Barclays if they can confirm when the payment was received. Not a hard question, surely.

Their first reply, after a few days, was that they cannot confirm when it was actually received, but I could use the tracker to check! Well, I explained in the question that the tracker did not go back that far, so they clearly had not in fact read the question at all!

They also suggested I simply ask the recipient, so I pointed out that we had a dispute about when it arrived, which is why I am asking Barclays! My original email did not explain that, so fair enough.

I replied, explaining again that the tracker did not go back that far, and asking if instead they could  confirm when Barclays received the acknowledgement of the payment having been made. Maybe the phrasing of my first question had been unclear.

Finally they come back saying that my account was debited on the 3rd (duh, I can see that on the statement, and not what I asked), and that the recipient would have had it "within or after 24 hours".

Let's think about that...

So, now I have a complaint in to Barclays over their handling of a simple enquiry regarding a payment.

Why is this so damn hard?