All good things come to an end

I am back from my holiday with my two friends Mike and Simon. 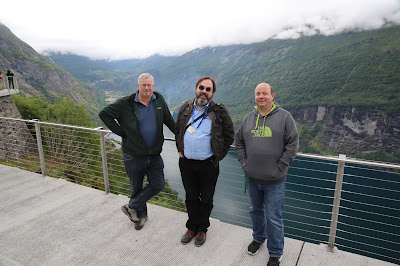 It was fun, and Norway is interesting. We had a couple of days with shitty weather so stayed on the ship (places we had seen before). In Geiranger we hired these strange little electric car-like things that they insisted were two seater! I volunteered to sit in the back, which was rather a squeeze. I could not even have my camera with me, no space! I think I am getting a bit of a hint here :-( 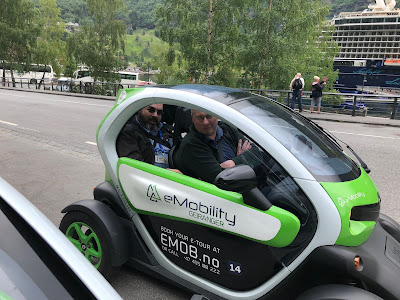 We were able to do more than was covered by the bus tour we did last year, and it was interesting. The car also did a GPS based tour guide thing which was nice.

I did have a few surprised for my mates, one of which was some custom marmite jars for the trip... 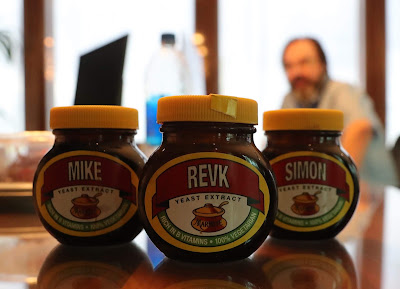 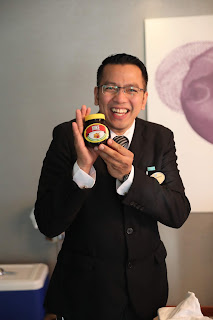 The butler had never heard of marmite, so we gave him some to try this morning before we left, and he likes it. So we donated a nearly full jar to him :-)

The internet worked well, as I have already said. Some work was done, but not a lot. Having a proper computer rather than just a laptop was good, but not suitable for all holidays. A lot of playing of cards was done (I brought a selection of decks).

Sadly, right at the start of the cruise (thankfully, after we had done those tiny electric cars) I made the mistake of leaning on the back of a chair, which slid out and I hit the deck hard on my bum. I have bruised or damaged my coccyx and been in pain all week and not been able to sleep properly either. I have to thank Mike and Simon for putting up with me to be honest - I was a tad grumpy and they were very helpful. Still in pain now, and I expect this will take some time.

We met some Americans, and it just happened to be that they were hugh fans of The Fifth Element. When I produced this from my wallet they were gobsmacked! 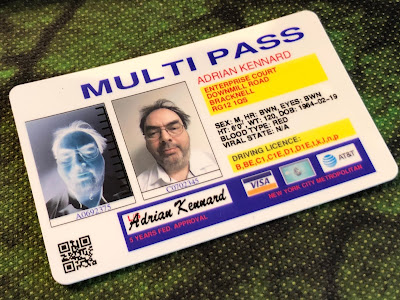 I was determined to see Shetland, and we got a tour from a taxi, which was nice, even if somewhat painful. I know A&A do VDSL on the island, so it is quite likely that we drove past our most northern customer! 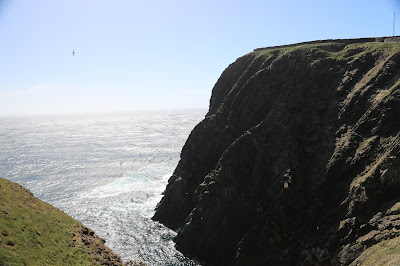 For fun, a friend of mine decided to send a telegram to me on ship, and the confirmation he got said it was relayed by satellite, and printed for delivery by crew. Sadly it never turned up. Shame.

So overall, a good holiday. Shame I have managed to injure myself - it was stupid, I know. 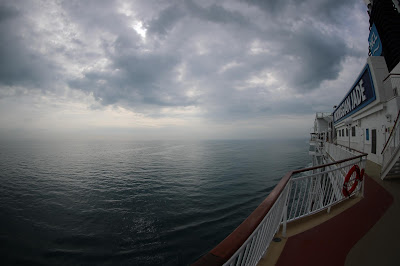