Before anyone has a go about looking for loopholes, please just stay at home. If you have to go out, keep away from people, try not to touch your face, wash your hands (take sanitiser with you even). Stay safe! 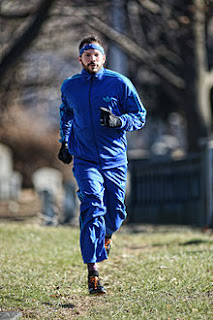 However, when the new rules actually came out (here), and I mean for England, as, confusingly, other UK countries are not quite the same, I did wonder how the police were supposed to enforce them at all.

For example, a gathering of more than 2 people is prohibited, unless from same household. How to you prove you are from the same household, or, more importantly in an "innocent until proven guilty culture" how do the police prove you are not? You don't have to carry ID.

But I assumed some sense. E.g. a couple with a child going for a walk are probably OK, but a group of 20 teenagers is probably not.

Sadly the police are not being sensible, even publishing drone footage of a couple walking way apart from anyone else, and suggesting somehow that was not allowed. Worrying times.

But then you get to some of the more complicated rules. In this case I am not so much pointing out loopholes, as highlighting some rather crazy drafting of the law.

It would have been far simpler to say funerals max 25 people or something simple and enforceable, but no, they have created convoluted rules.

But wait, it is not that simple. The convoluted rules only relate to leaving your home. It is the valid excuse to leave if to attend a funeral. If you leave your home to, say, exercise, you can then go to a funeral (an allowed gathering).

So it seems the only safe way to go to a friend's funeral is to wear a jogging outfit.

I can only hope none of us have to attend many funerals though - so please stay home and stay safe.

Of course, these convoluted rules are simply part of the list of things that are a reasonable excuse. You can leave home for any "reasonable excuse" even those not on the list, but you may have to convince a police officer of your reasonable excuse. Even the list has the caveat that you leave your home for a "need" to do something, and arguably nobody "needs" to go to a funeral.
Posted by RevK at 08:34:00