I have mentioned before, but one of my pet hates is crossed zeros.

I have gone in to the history a bit (here), but I still encounter these. The latest is a new calculator.

I know it is perhaps weird to own a calculator, let alone buy a new one. I previously used an hp 12c Platinum which hp re-launched, but it is a tad more "accountant" than "scientific" for my usage. So when I found Swiss Micros series of new versions of retro hp calculators I ordered their DM42 which is based on the hp 42-S.

It is impressive... It also has fun screen savers as you can see. Nice touch, well done.

Someone reported they did not like the buttons, but they seem good to me.

But I only really have one gripe. All of the fonts (of which there is a choice) have crossed zeros.

A crossed zero is a bad choice - something that is pretty much always displaying numbers, like a calculator, has no excuse to not show a zero as a round shape, but something like this where it has a high resolution display has really go no excuse. It can show a 0 and O distinctly with no problem.

This is a massive usability issue - a crossed zero, and even a "dotted" zero, can be easily confused with an 8 by anyone with poor eyesight. There is no excuse. What is worse is it has settings and font styles and sizes, and they did not think to include choice of crossed, dotted, or neither. Why? 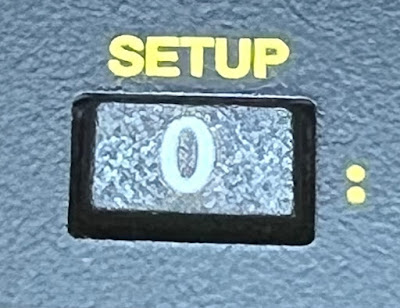 What is especially weird is the Swiss Micros webs site shows it with the slightly better dotted zero.

But for some reason, what I have, does not have this, but has a crossed zero.

So basically I have not been supplied with a product as described, which is always annoying.

The good news is that it looks like this is using open source code, so it may be possible for me to re-make it with a new font. I'll see what I can do.

Update: You have to love open source.

I have not actually managed to find where the fonts are though, I just changed 0 on the display, which is not ideal as I would like a visually distinct 0 and O, but it is a start. Nice that you can set a sane date format though. 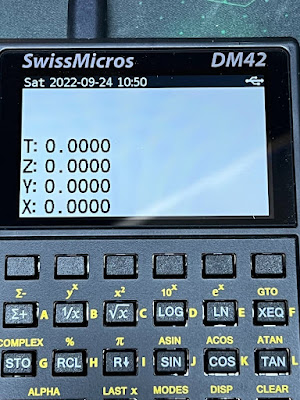