There are many new spells for the Monk class on the latest WoW expansion, and given that Mikey and I have been playing lately, I noticed that a couple of these have some useful side effects.

Zen Flight comes from a minor glyph, and usable from level 60. It allows one to float on a cloud. It seems to be slow moving, but has a few interesting quirks. 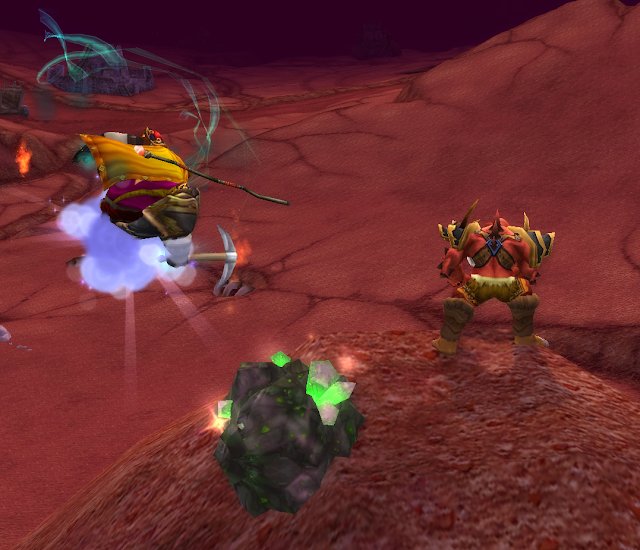 Zen Pilgrimage is automatically available from level 20 and takes you to the Peak of Serenity. It is not that useful a place and does not even have an Inn to rest. It has various training including a useful daily quest to get an hour of faster XP. From there you can Zen Return to near where you started (grave yard).

The trick is that you can set the Hearthstone to a major city, Zen Pilgrimage from wherever you are currently questing, and from the Peak of Serenity you Hearthstone to the major city, and then, from there, you can Zen Return back to where you started. You don't have to move your Hearthstone as you move from zone to zone.

Anyway, neither of us get a chance to play much (far too much work to do) - the Horde guild is only level 2 so far and we each have a Panda at level 63 so far, but plodding away at it a few hours a week.