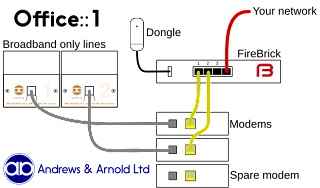 I am not sure I can be bothered to hassle the ASA on this, as (a) they won't understand (they even think it is OK to call a copper pair "fibre"), and (b) the advert has already run on TV and the ASA typically just say "don't run that advert again". It is not like they ever make people actually do a retraction of the same scale as the original advert. Imagine that, BT having to do prime time adverts saying "not actually the most reliable broadband, sorry".
at December 29, 2013