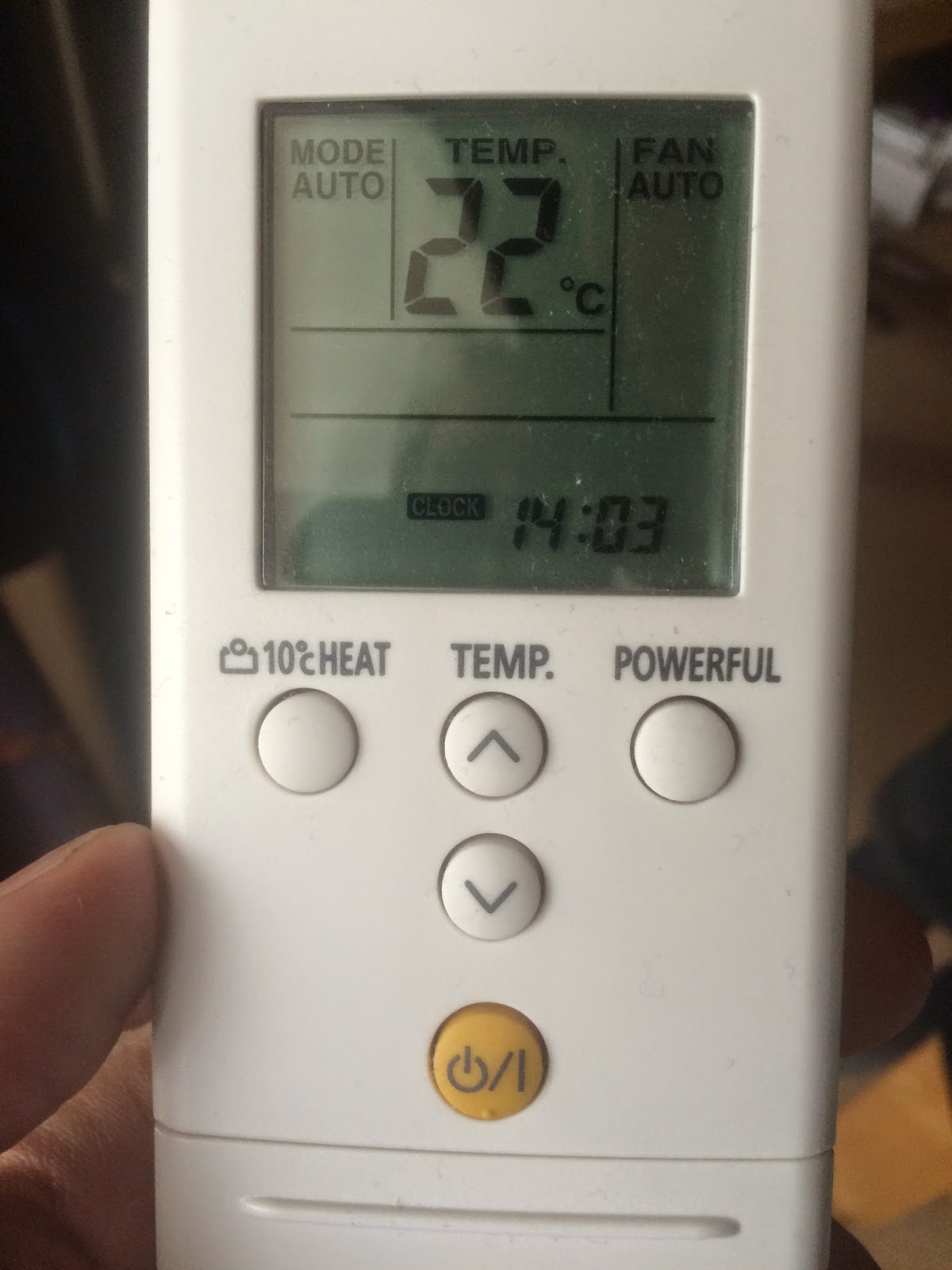 "Don't use it in auto" is what the aircon installer says. In fact two of them have said that to me - one for office and one for home.

It seems to be a meme - a saying passed down from engineer to engineer, with no logic as to why.

I had it again today. The aircon was being maintained and the engineer (who I think I have upset now) said not to use in auto and I was rude enough to ask why?

He said it is not good for it to keep changing from cooling to heating. OK, that is probably a true statement, wasting time and energy and maybe even increasing wear, who knows, it is plausible. But we were looking at the panel which someone had set, rather oddly, to auto heat to 16°C and cool to 22°C. I asked how it would be switching between cooling and heating exactly? Surely, if it is warm outside (as today) it will cool to 22°C and stop, and then heat up from outside so cool again back to 22°C and stop. When would it switch to heating? Similarly when really cold outside (and 16°C is daft and needs changing) it will heat to 16°C and stop, cool down from outside, so heat to 16°C and stop. It would not keep changing between heating to cooling.

Well, (a) why would that make a difference as it still does not keep changing between heating and cooling and would get to required temperature, (b) why would it behave differently in auto and cooling mode anyway, that makes no sense, and (c) look, the fan is running when in between temperatures not heating or cooling now, so that is clearly untrue!

This sort of thing really pisses me off. If there really is a valid reason, then tell me, or better still tell the manufacturer - why on earth would they provide the feature if it was not advised to use it? Or better still, if there is a reason not to use it, why don't they fix that?

What I suspect happened is that once upon a time some air con units were somehow a bit dumb and would overshoot cooling or heating enough to trip the aircon to go the other way and get in a cycle. That is clearly broken behaviour, but instead of complaining to the manufacturer, installers just advised not to use auto. These days there really is no excuse - it is all microcontroller based and a computer can be sensible enough to ignore any overshoot anyway, or better still, avoid an overshoot in the first place.

Oddly, even one of my colleagues tried to defend the "don't use auto" argument (because he is an argumentative sod himself) saying some people do not want a fixed temperature. That argument is, of course, completely irrelevant. It is true, sometimes I may want it hotter or colder - so I set the temperature a degree or two higher or lower. I don't care how it gets to that temperature.

Oddly, our industry has the same problem. The meme I am thinking of is not setting auto-negotiation on 10/100 Ethernet ports. There really is no reason for this advice. auto-neg just works, and can be set to auto-neg specific settings only. It seems that maybe, once apon a time, some kit, in the early days of the feature, would get it wrong, hence the advice. Now it is just advice that is a "known thing" so gets repeated, and ironically causes no end of issues.
Posted by RevK at 14:27:00