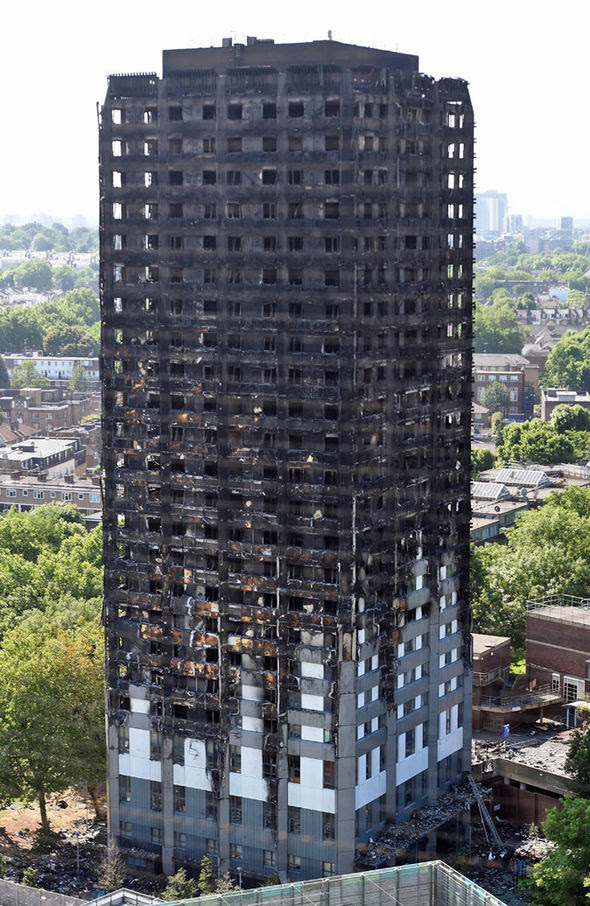 After the Grenfell Tower fire there have been interesting questions raised in the news, and these are seen as Labour vs Tory, but are not so simple I am sure.

The issue, it seems, is there are many empty houses in London for various reasons, and there have been some calls to force those to be used to house people stranded after the fire.

Before I am start on my musings on this issue it is worth pointing out that this question should not have come up, surely?

But, rants aside, my thoughts here are really on the issue of empty houses, and the idea of commandeering them to house people in this emergency.

Owning property is a right!

The issue comes down to basic rights to own property. If you own a house, whether you are living there or not, you have rights. We have basic concept of property rights in this country. These will always be unfair by their very nature - i.e. if I own a thing (whether an empty house in London or a Mars bar) and you need it, but cannot afford to pay for it, then that is a problem. If you are starving and I have a Mars bar, do I have a moral obligation to give it to you? Probably, unless I am starving, or I was going to give it to someone else who is starving and giving it to you would deprive them. Ethics and morals are hard, aren't they. Even so, however unfair property rights are, they do exist, and we do not want to abandon them on a whim or even an emergency like this.

So what does it mean? Well, we do have laws that curtail some property rights. There are rights over monopoly control of things, where people can set any price they like as they own all of something. There are rules for landlords even when they own the properly (rules that should make them responsible for helping tenants out in cases like this I am sure). But we only curtail these basic rights in very rare cases. Is this such a rare case where new laws should apply?

One thought is some sort of emergency measures arrangement - where something like this would be some sort of special case. But that is complicated. There are around 600 homeless after the fire. So is 600 homeless people an emergency deserving a law allowing homes to be commandeered? Seems legit, until you realise that "Shelter calculates that 170,000 people are homeless in London today" so if 600 is an emergency we would have a permanent emergency and nobody would want to have an empty house in London. Indeed, anyone investing in London property would take down the house, or make it uninhabitable, so they avoid this special emergency legislation. Such a law would not actually help...

Of course, if you do allow houses to be taken over, how far do you go. Does everyone with an empty bedroom have to take on an otherwise homeless stranger? Where would you draw the line?

But some people want to help!

This is good news, there are builders that have finished flats and houses about to go on the market but offering for free as an interim measure. Apparently this is an issue, as anyone taking such a place apparently gets taken off the council housing list to find somewhere (as they have somewhere now!). This is bad for them, and the person offering the temporary accommodation.

In fact, it is hard to offer temporary accommodation without issues with sitting tenants or squatters that you cannot get rid of. Normally this is good for tenants - having strong laws to help them. But this is probably the very reason why there are lots of empty houses. If renting them out was a "safe" thing to do, people would do it and make more. Sadly, if they do, then selling their investment property is harder - they have to find someone prepared to take over the tenant or some way to get rid of them, so simpler to keep the place empty. There is, perhaps, the real problem here.

Maybe we need some type of tenancy where you have a fixed term and an absolute right to evict at the end of that time, come what may, but not a moment before. That would allow a very clear cut arrangement, a house for 3 months, but not a day more unless you are offered an extension. Safe for landlord - no messing with court orders, etc, just evict - and safe for the tenant as he knows where they stand and has security for that fixed period.

Of course, if such tenancy agreements existed, they would be used all the time, so that is not good. Maybe an arrangement like this could work where there is zero rent. People would only offer such arrangements in emergencies like this, but would not be hindered, or stuck with squatters, if they do offer generosity like this.

To be clear here, I am not saying that people will stitch up someone being kind, but they may find themselves with no choice. If you are homeless today, offered a house for 3 months, and then find the only option is being homeless again you may choose to become a squatter if that is allowed or at least prolongs your stay. If the alternative is being homeless for those 3 months instead, surely it is better to have someone prepared to offer somewhere, even on a short term arrangement like that?

Is there a solution?

The issue is people feel it really unfair that there are so many empty houses, and so many homeless (not just because of the fire). Maybe the existing legal framework is skewed just a tad too far towards the tenant? Maybe if there were some changes that could make it sensible for people with empty houses to rent them out then we would not have empty houses. It may simply be a case where the law has pushed too far in favour of one side of a commonly adversarial contractual arrangement (tenancy) to the ultimate detriment of both parties, and hardship of potential tenants.

Needless to say, I once again think the issue is not the symptom we see (empty houses) but what legal and economic framework resulted in that being a sensible thing to come about. That is what needs fixing, not the symptom. People need to "take a step back" a little more often.
Posted by RevK at 17:33:00