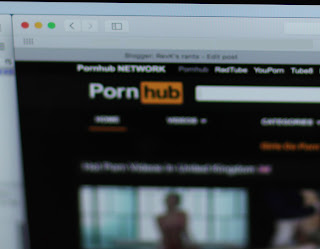 As you know, I always get very concerned if any customer has a disconnect with what they expect and what we provide. I take it very seriously and always try to improve how we work to avoid it in future. It does not happen often, but we had one today that was, for want of a different word, "special". I initially assumed it was a wind up even!

OK, personally, I think that if her kid's school has told kids in assembly not to google for suicide videos, that would be something to complain about as it would be very irresponsible. Tell a kid not to do something, that works every time, duh!

Though, her kids are apparently quite savvy, as her son "innocently googled some games the other day and found a pretty hard core sex games internet site"... Err, OK... Safe search, anyone? Given a later comment I hope this is a son in late teens... If so, I suspect he knows how to "innocently" google many things by now. Time to talk to your kids about what you may find on the internet I think.

OK, lets be a bit fair here. Not everyone knows how to fact check stories. People do need some help understanding how they can filter content, or even just turn on google safe search on the browsers their kids are using! It is actually quite a concern that parents get very little help in this area - it is bad enough learning about everything you need to know when being a parent but for a whole generation, this stuff is new and complicated. It is not something parents could have been taught in school even.

To be clear: we are more than happy to offer advice, and even set alternative DNS servers as default on the router. We're not irresponsible here. What we do is make sure every customer is well aware that they are buying an unfiltered service with an active choice you cannot ignore on the order form, as well as confirmation in the key terms you have to tick, and on our web site and the order confirmation and the information pack we send.

It is also very important that parents understand that no filtering is 100%, so is a "false sense of security" to some extent. It is also the case that a teenage boy (and girl I expect) will be more than capable of bypassing filters if they want to access something. What you need is education and openness, not cotton wool. Else you create innocent blobs that go out on their own in to the wild world of the internet at 18 and don't know how to handle what they find and probably with nobody to talk to.

But the icing on the cake was the last bit...  "My boys play 18 rated pc games...... all killing and horrrible stuff......Hopefully they will still be able to play these games?"