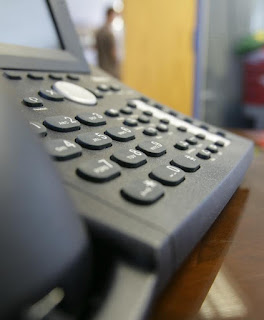 Hopefully I am not jumping the gun here, but we'll know for sure in two weeks.

Normal landline phone services have phone numbers, and some times there are numbers people have had a long time and do not want to lose.

People want to move numbers to VoIP. This allows the numbers to be handled in a much more flexible way than a landline - easy to route to different places, diverts, and well, almost anything. You can set up your own VoIP platform and do almost anything. It is also really good if moving house as it means you can keep your number. VoIP usually has lower running costs and call costs too.

Broadband is usually provided on a normal landline phone number, and requires that phone line to stay working or else the broadband gets ceased - making it expensive and time consuming to re-instate it.

Maybe you can see where I am going with this. People with a landline, and broadband, sometimes want to move their number to VoIP and not kill their broadband.

We have known for some time that this is, in theory, possible, but only now have we managed to find the exact incantation that should allow this to be possible. Yes, my wife is sat in the front room knitting and watching Happy Potter. Working with BT does make me feel that I need to spend a few years in Hogwarts before I try the correct XML spells on BT.

Normally, a number port is "Gaining Provider Led" and means that the new operator asks to take the number. 14 days later, if no objections, the number moved over. But this is the rub - the porting system is done on "service" not number. Having ported a service, like a normal landline, the service is inherently ceased as a result of the number port. That ceases the broadband.

However, we now know there is a modify order called a Renumber with Number Export which should renumber the landline, and make the old number available as part of a number port out to another operator. The Renumber part should not in itself break the broadband. Well, that is the theory.

We have this in progress on two of our lines and will know in just over 2 weeks if all works.

This means we'll be able to take over the phone line for someone with broadband, allow incoming calls on the line and outgoing on VoIP, and then move the number over to VoIP totally 2 weeks later. If we are really lucky, it may be possible to do the take over and renumber and port all in one go.

The line is then broadband only and somewhat cheaper (we charge £10/mon) and the number and telephone service is VoIP (we charge £1/month plus call charges). I don't know yet what this will cost but I don't think a renumber is that expensive. We'll have to price it up.

Update: First attempt went badly with renumber cancelled by number ports, and then ceases due to port not properly cancelled on BT systems, and a mess we are trying to get sorted. However, the good news is we now know how the process works, and it appears it really is possible to so what we want, so we are testing again.
Posted by RevK at 17:15:00