I spent over two weeks with a rotten cold, which meant doing bugger all.

I hate that, and even though I have recovered from the cold now, I am still a tad stuck in the "doing fuck all" Christmas spirit. 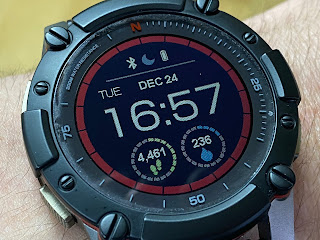 I have got my Christmas present to myself, a new watch (Matrix Powerwatch 2) which is pretty cool. And that means once again I am watching my steps and calories, which is good news. Whilst it is new and has quirks, it does indeed seem to be a pretty good smart watch that does not need charging (uses body heat and solar). So far it is working well, even with GPS tracking my cycling! OK, 4461 is not a good step count today, I was again being lazy, but I have been managing nearer 12k most days.

Whilst I am hoping to get my head in to bluetooth and such over the next few weeks, I am also looking at some impressive TI ARM processors as well. More to post on all of that later.

Merry New Year and Happy mid-winter festival to all, whatever your reason for taking a few days rest... I'll be opening some virtual presents in WoW Classic, Mirage Raceway realm, tomorrow. 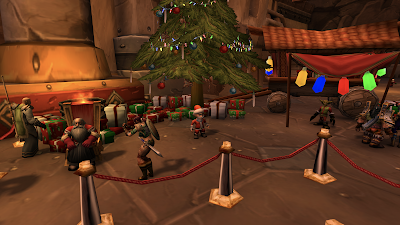 In an effort not to be DenverCoder9, here is what I found.

The error was "Resource busy".

The problem is that googling this gets a lot of people saying they have this issue and a lot of answers which didn't help me - it seems many people do this to themselves by having the device open from some other app. Using lsof I confirmed it was not open by something else. Some pages even suggested update to python, but I confirmed that even a simple cat of /dev/cu.usbserial-A... said the same, so not python. Someone even suggested it was not a genuine FTDI chip, so I ordered a cable from RS, and the same issue persisted.

After a lot of googling, it seems to me that there must be some sort of bug in Catalina. It looks like FTDI USB serial should work on a Mac without needing custom drivers, but it does not work. It is recognised and the /dev/ created as you would expect, but shows the resource busy error.

Importantly there was no pop-up or prompt or error of any sort when connecting the lead, it simply appears in /dev/ as you would expect. No clue that there is a problem with drivers.

Then it worked! It seems you do need the FTDI driver for some reason, even though MacOS knows of the FTDI USB serial. It also seems that MacOS has made the process somewhat more complex.