Phone lines and broadband, and OFCOM 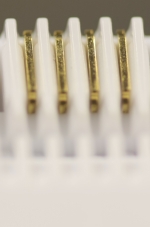 Generally a broadband service requires the use of a phone line - this is down to the way the technology works, in that it is applied to a "normal copper pair" that is otherwise used for telephone service.

OK, yes, sounds technical, and that is part of the problem.

One of the other issues is that people are not using a phone line as a phone line any more... This is a change since broadband first started. For personal use a mobile is often both cheaper and more convenient. For anything business related VoIP is usually far cheaper and way more flexible. So who uses a phone line to make/receive phone calls any more?!

As an ISP we recognise this and over 10% of our customers take a "copper pair for broadband use" along with their broadband as a single package. Other ISPs offer similar. Some provide a phone line and broadband together as a package. Some insist you have their phone line for their broadband and juggle the prices of the two parts to make one look very cheap (a practice that OFCOM and ASA are keen to stop).

There are moves afoot in BT to start offering single broadband services. They already do some limited FTTP (Fibre to the premises), but they should start offering something they call "Single Order GEA", which is a copper pair with VDSL to the cabinet as a single BT service we can buy. But that is all in the future and will have its own problems :-)

So for now, it is straight forward. A combined package has lots of advantages such as a single bill and a single point of contact for faults. One of the problems we have with customers from time to time is that they do not understand the way the two separate services work. If they have a phone line fault, they have to get the phone line provider to fix it even if it is what is breaking their broadband. This is not us being difficult, it is the way it works and we have no real choice in the matter, sadly. This is partly why we offer the package of both, so we can handle either type of fault in one place.

Until recently, if someone wanted to move ISPs, the losing ISP could talk to the customer. The customer had to ask for a migration code, and many ISPs would try to suggest other packages, discounts, incentives, etc. ISPs had whole "retentions departments". It is the way it is in many industries. It also meant that it was easy to ensure the customer understood the whole phone line and broadband being separate services, and would be migrating both.

However, OFCOM changed things, and made the process gaining provider led. You contact the new ISP, and they claim the line/service (with 14+ days notice). The losing ISP has very limited option to contact their customer, simply advising the migration is happening and the date and details of any related services that are impacted.

This sounds sensible, but we are starting to see a problem.

As customers do not always appreciate the link between phone line and broadband, and may even see it as a "single service" (after all, they don't use a phone line any more), they may simply migrate the broadband to a new ISP. The losing ISP does have to tell them if a related service, like the phone line, is affected (e.g. ceased), but that is it.

We have seen this both ways - someone moves to us, and we provide broadband, and then a few days later the phone line part is ceased and that means the broadband is ceased. This can happen with basically no notice.

This all ends up costing us cease charges (yes, we have to pay when BT cease a service on us - that is another gripe) and minimum term charges, and costing us to reinstall the service and provide a phone line, and so on. It is not nice.

We have also seen it the other way, where someone is leaving us and we make very clear in the notice we send them that the phone line part will cease and that will kill their broadband! But we are only really allowed to do what OFCOM say, which is a notice of migrate and related services that are affected.

Sadly, some times, customers ignore this, and then get upset that their new broadband has been ceased some days after they moved away from us. Very frustrating consequence of the new OFCOM process. Having had this happen recently we are making the wording in our notices even clearer but not a lot more we can do really.

Once again, well done OFCOM - helping the consumer with an ill thought out process.
at March 11, 2016