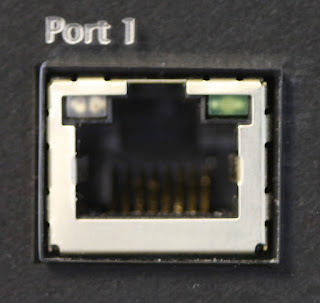 The technology used for broadband is changing and FTTP is the way forward - BT are rolling this out all over the place, and it is where all broadband will eventually go. It is happening quickly. We also sell Ethernet services (albeit rather more expensive).

But the way we work at A&A is a little different to other ISPs. One of our key aims is to "not be the bottleneck". To that end we have been very cautious over higher speed FTTP services.

The reason is the LNSs, the boxes that handle the links from us to customers. Long ago we upgraded the underlying links to carriers to multiple 10Gb/s pipes. This was an important step. We also upgraded a lot of transit and peering links to 10Gb/s. But the LNSs we use only have 2Gb/s links. We have a lot of them, which is great as it spreads the load, but any one customer will be one LNS.

When customers have speeds like 80Mb/s, or even 160Mb/s (which we have been doing as bonded dual 80Mb/s for a long time), this is generally not an issue. The LNSs have the "headroom" to allow for bursts in traffic. But having customers with 1Gb/s services would make it impractical to ensure that level of headroom on the LNSs.

Just to be clear, the average usage levels, which is ultimately what matters for a lot of capacity planning, do not go up a lot for people with Gb/s links over those with 80Mb/s links. Yes, they burst faster, but overall people download and stream the same sort of stuff, just faster. However, those high speed bursts can impact other users.

The solution in the short term was not to sell the higher speeds. Yes, that puts off some customers, and so costs us, but I would rather do that than have a service that is not as good as it could be. This is not unprecedented - when we first started we quickly reached capacity on our first BT links, and we stopped selling more circuits until we had more capacity. The quality of the service we sell is paramount.

We make our own LNSs, and have done so for a long time. Yes, I think we are the only ISP that does that. They are better in many ways than a lot of "off the shelf" LNSs, not least of which because of our constant quality monitoring which is still unique to FireBricks. The details that the once a second LCP echo on every line gives us is invaluable in diagnosing faults and issues with any lines, and allows us to provide unbeaten fault resolution for broadband lines - so much so that for many years we have offered to fix faults for customers moving to us or refund in full - and not once have we had to refund. A number of smaller ISPs use these same FireBrick LNSs and offer similar quality services.

So, naturally we need the next generation FireBrick LNSs for faster lines. These have 28Gb/s of ports, though in practice they will mainly use the two 10Gb/s ports linked. This may not seem a huge step but it allows us to have these new LNS running at much higher capacity and still have headroom for bursting at 1Gb/s speeds from high speed FTTP customers. We also have these as routers for Ethernet links.

The challenge, and it is a big one, is mainly pandemic related - the global component shortage. We would be making hundreds of these new LNSs now if not for the issues with supply. We hope, later in the year, to be making some more, but it seems crystal balls are also in short supply.

Thankfully the prototypes we started making before the major supply issues are working. There are not many, and they have to be shared between several uses, but we now have some as LNSs in A&A.

There is still work on the software, as a lot of optimisation for these high speeds is needed, but they have allowed us to finally start selling the faster FTTP speeds. More of these LNSs will be deployed in coming weeks.

The pricing for these higher speeds very much reflects the costs we have from carriers like BT, and the higher speeds are not cheap. But as always we still aim not to be the bottleneck. We're keen to see how this works for customers and what feedback they can provide on their experience.

But we have now updated ordering for new FTTP services, and regrades for existing FTTP lines, to allow the higher speeds. This was planned for 1st April, but is live now. A&A will make a more formal announcement next week, but being the boss lets me jump in and tell you now :-)

It is still part of our gradual roll out of the new LNSs, and something we are taking slowly and cautiously. But it really feels like we are getting there with the faster services now.