Zebra letting me down, again 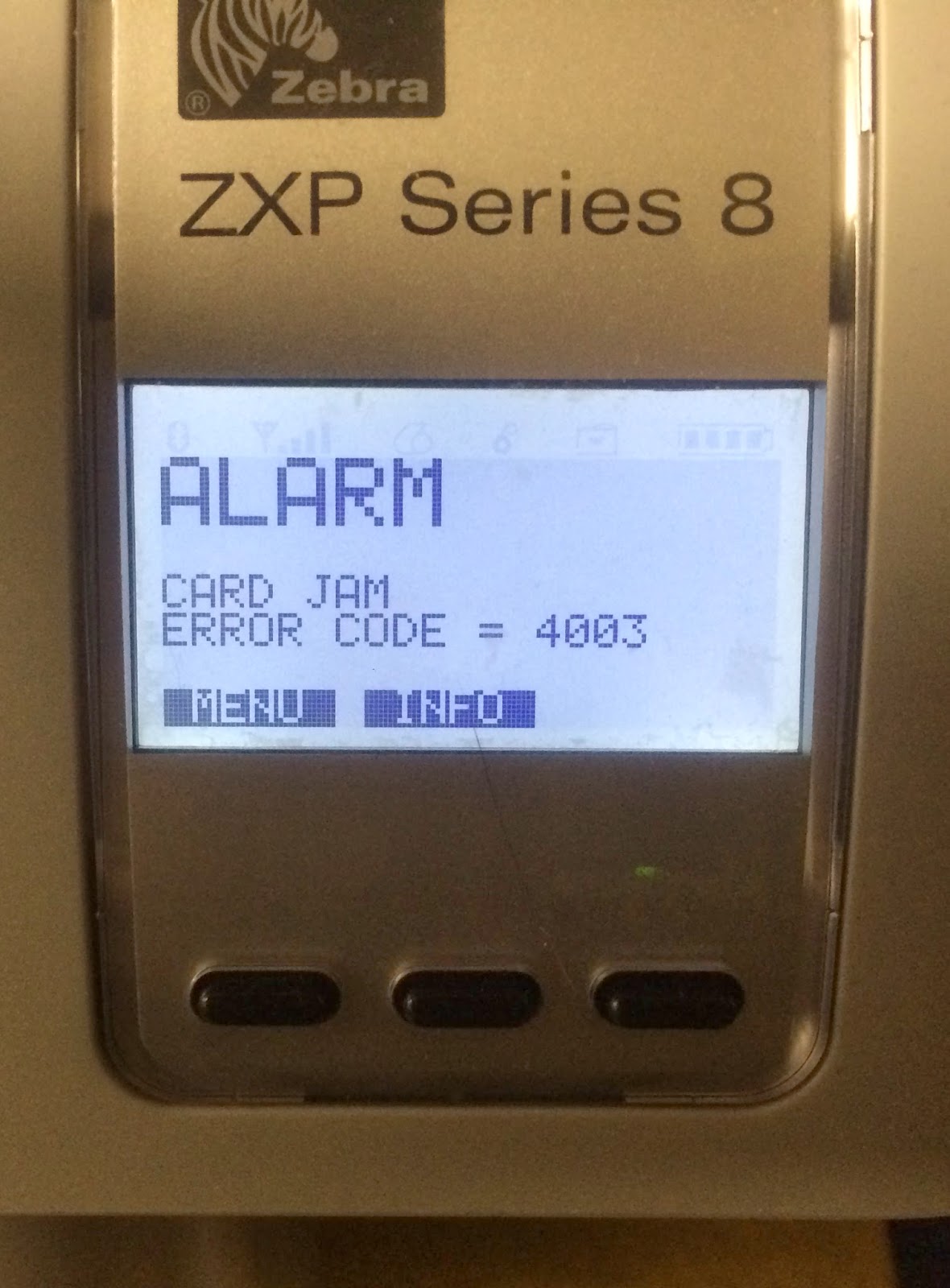 I am sorry to report that once again Zebra are letting me down. I have to seriously look in to alternative printers than can actually print edge to edge on SIM cards (which are not as smooth as typical cards). The Zebra ZXP8 is one of those that can because it is a retransfer printer. Surely some other manufacturer must make one that can cope?

To recap the previous fiasco briefly: I ordered a printer with a smart card "contact station" and it took them 5 months to explain that this does not actually do anything and recommend I paid for a "mifare and smart card encoder". It turns out that this does not in fact do what we want anyway, i.e. does not work over Ethernet (having got an Ethernet connected printer for a reason). They did, eventually, put the contact station back and I used a Raspberry PI and USB card reader linked to the contact station. The marketing was bad, the support was worse until I started blogging and tweeting. Eventually they sorted it and were very apologetic. I hoped that was the end of problems.

But the saga continues. Up until they took the printer to make these changes it worked very reliably - we had been using it for 5 months, but now it started being unreliable, reporting "card jam" with the card just sat in the middle of the printer ready to print. It was getting more and more unreliable making it very difficult to get SIMs printed without several attempts each.

It took several days to get a reply, but once again Jim from their technical support department was helpful with things to try, and after I confirmed it breaks with plain white Zebra cards using the test card print (see video) he said he would get someone from their on-site technical support to call me today (Monday). It did not happen in spite of several chasing emails. Shame.

To add insult to injury, every time I email their support people I get  an automated response confirming the email arrived (usually several hours after sent) that says their target response time is 4 hours!

Does anyone know of a printer that can do what this one does?

And sorry Zebra, but you still need to improve things. I don't like to be a nuisance customer, honest, but if blogging and tweeting is the only way to make a company jump, that is what has to happen.

Update: Zebra did come out today (Wednesday) and as always when I do get hold of someone they are helpful and polite. They did find a loose connector, and all was well with lots of cards printed - until he was about to drive off and it went again. More bits changed and fingers crossed, massively more reliable than before, so may be OK now - but if not they'll strip it down and fix it for me and I have some direct contacts. Thanks guys.
at April 08, 2014