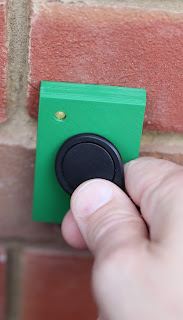 Earlier this week I set myself the task of understanding the NXP MIFARE DESFire cards.

This was more of a challenge than you may expect because the manufacturers don't publish the protocol (except under NDA). Why?!?

I have written up what I have found out so far: PDF on github

So, why not just use one of the few (unofficial) libraries out there?

The result - I have managed quite a lot, and made the door control system use cards which cannot simply be copied (unlike the 125kHz proxy tags, which can be, very very easily).

I have even managed to convert from DES to AES for the master key, and crucially I have documented detailed examples of this, and the CMAC logic, and so on, in the manual I have written. A lot of what I have learned has come from other sources as listed at the top, but I have gone through testing things directly and coding stuff myself to confirm things as well.

I have a cyclic record file on the card logging usage (door ID, and timestamp). I still need to add some handling for expiry, and time period controls on the card, maybe.

I am a tad concerned over response times. I am selecting the app, authenticating, getting file list, writing a usage log record and updating a counter, and you notice the slight delay using the card, which is a concern. This may be something that can be improved, not sure. I have not worked out how much is the card, and how much is the ESP8266 doing AES!

But it is working! I am even checking the CMAC on responses to confirm no man-in-the-middle upgrade attack (making one card seem like another once it has done AES handshake).

Happy to take comments and update any mistakes in the manual, but I hope it is useful to people.

P.S. speed improvements by tweaking what operations I do and in what order. Now works very slickly.