We have environmental sensors in the house. They are linked to HomeKit (via a firebrick, and raspberry pi, don't ask).

My phone went mad, telling me several of the rooms had High CO₂. This happens occasionally in the kitchen (aka living room) when we have a few people around, but it is only the two of us, and it is lots of the rooms in the house.

I checked, not the loft, not the outhouse, so not coming from outside it seems. But several rooms throughout the house!

Seems I have found the answer... 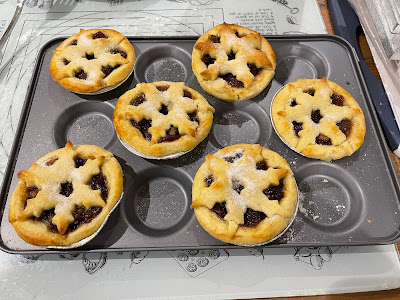 It seems that "Vinegar ( ethanoic or acetic acid ) is used in pickles and mincemeat and ... The acid reacts with sodium hydrogen carbonate to produce carbon dioxide ."

So yes, mince pies are picked up by the technology! wow.

They do look yummy though :-)