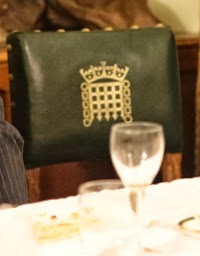 There are, as I have previously blogged, a lot of issues here - it is not a simple matter (as some in the government seem to think) of ISPs blocking smut. I have re-listed a few of the issues at the end of this post. Importantly it is not a matter of "doing something is better than doing nothing" as there are many down sides to even simple filtering.

Larger ISPs are offering some filtering solutions, and well done to them for trying. If there really is public demand for such services then they will do well. The government has said they want small ISPs to follow suit. Well, AAISP have no intention of doing so, sorry. But we are getting a chance to help with the debate at last. ISPA have managed to get the ear of a few MPs and I was lucky enough to be involved in the meeting (aka dinner). It was interesting, and important to try and explain some of the issues to even a few MPs.

It did seem that the idea of ISPs like AAISP saying "we don't filter" was not seen as an issue. One comment is that it would mean we lose business to the ISPs offering filtering but several of us quickly corrected that view explaining that people come to us because we don't filter. As I said, I am very keen to ensure it is clear what we do and do not offer at sign up.

One idea is that this basically an education issue - we should be doing more to educate parents on the perils of the Internet and the options they already have. Smut is just one small aspect of the issues that can arise, and, in my opinion, far from the most serious of issues which include bullying and grooming and all sorts via social media. Even the increased peer pressure kids now face as part of the facebook generation is an issue. The idea of more prime time TV soaps covering stories involving such issues was suggested, and I suppose that is one of the ways to educate large parts of the adult population.

This is not quite "government talking to small ISPs", it is a few of the more clued up MPs talking to ISPA, but that is a huge start. I intend to try and continue such discussions if possible and help educate the MPs on the issues and work to come to some answer to their concerns.

One important suggestion from the MPs was that ISPA members should invite their local MP to discuss the issues, and maybe visit and see how an ISP works. This would get more MPs to understand the issues. We may have to try that.

A few of the issues:-