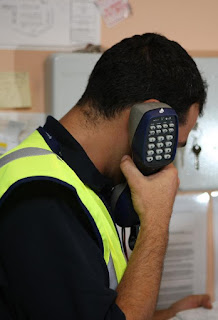 As reported by BBC, OFCOM are getting Openreach split off as a separate legal entity from the rest of BT plc.

What do we think of that?

To be honest it is tricky - A&A deal with BT plc for both BT Wholesale and Openreach departments. The latter is for phone lines to support the broadband services we sell. Mostly we are dealing with the BT Wholesale part.

A lot of the reasons behind this are coming from some of the larger operators who have to deal with the Openreach part of BT much more. They are concerned that BT Retail get some preference of some sort. There are concerns over whether BT are investing enough in infrastructure.

I am not at all convinced by some of the arguments, as Openreach had 86% coverage of UK premises for VDSL (FTTC) back in April, and are pushing hard on this. So there seems to be quite a lot of investment in infrastructure. Also, we don't really see much in the way of preferrential dealing with BT Retail at all - it seems they, and Plus net, have as much hassle with Openreach as anyone else.

But the devil is in the detail, and it looks like the new Openreach will be owned by BT Group plc, so there is a source of investment via that route. But this also means one of the big issues still exists - if BT Retail pay lots to Openreach, that has no impact on my BT Group plc shares.

In practice, Openreach is already operated like a separate company - annoyingly so on occasions. This split will actually remove one useful aspect of being one company. At present, when dealing with BT Wholesale they will often blame Openreach (or "their suppliers") for a failure. Legally that could be force majeure (matters beyond their reasonable control) if they were not in fact the same company and in fact blaming themselves. Being able to throw that back at them can be useful and force them to do their job and not just blame someone else.

But otherwise I would be surprised if we see any difference at all from this move - apart from new contracts which gives them a chance to screw us over somehow.
at November 29, 2016