OK, I know that film / TV show producers don't really care for this level of detail, clearly, but some times it gets a tad annoying!

I was trying to compile a list of known gate addresses to put on the cards I am making. Seemed like a nice touch to include them. There are wikis and blogs which are a good start, but I was being diligent and checking them (like I need an excuse to watch SG-1 again!). Whilst there are minor typos on various lists which I picked up, in some cases the producer of the show seems to be just taking the piss.

I may as well give up and just make up addresses randomly. I have no idea which is "right" for P5F-5T2 and P7J-1P3. One wiki listing gate addresses had :-

That is almost, but not quite, the top one! Looks like they type 39 instead of 36 for first symbol.

I can do my best. The cards are coming along nicely, just working on discussions with MGM over royalties.

P.S. Thinking about it, that scene involved flashing up the same scrolling list when searching three times in a row. To make the addresses different would have actually meant some deliberate action. Why? Just why?

P.P.S. This address (same dialling shot I assume) is used a *lot* which makes it difficult. This is from SG-1 s3e15 A Matter of Time but is the address of Chulak! 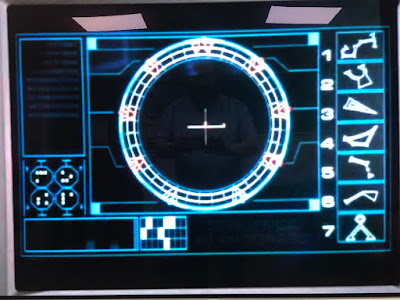 P.S. I found some more references not on the wikia page (s3e20 Maternal Instinct) - yay! 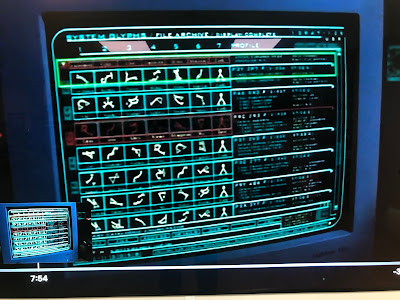