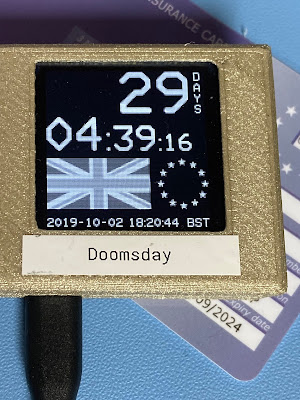 I have not done much on the IoT for over a week, but being rather ill for a few days has not helped 🤮🤮🤮🤮🤮.

The Brexit clock is getting scary!

My grandson wants to do something with LEDs some time!

The environmental sensors are working well, and I have nice graphs from it... This will probably lead to some fans in the office now. 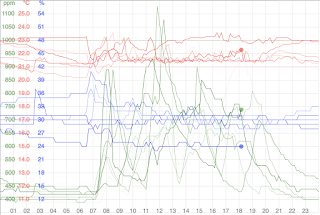 I am thinking the next IoT thing to look at may be Bluetooth. Any suggestions for how that could be fun?

But yeh, the LEDs for my grandson are going to be a thing soon. Here he is abusing his first LEDs. 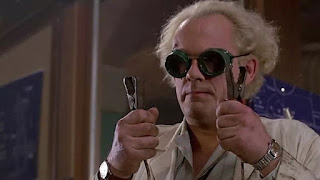 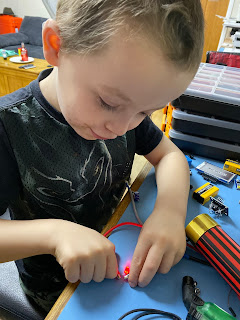