There are a few things that seem like obvious cynical exploitation from time to time.

I remember the whole thing with hospitals not allowing mobile phones, and then charging a fortune to make/receive calls by some means on a ward. (We all know any CE marked equipment has to cope with the RF from the likes of a mobile phone). It moved on a bit to no mobile phones and selling access to video and the like.

The one small saving for the terrible ward on which my father spent his last week is that it simply had free and working WiFi for all patients. I suspect that is because trying to enforce a ban was becoming unworkable. So that was finally sensible.

The latest annoyance that has hit me is that the crematorium do not allow any video or photographs of the service.

Why the fuck not, if you will pardon my annoyance for a moment?

It is "out of respect", apparently.

Hmm, but oh, they offer a streaming and recording service for a small fee.

Ban the thing that any, and all, the participants could do, basically for free, using their phone, so that you can sell it. Grrr!

So how do I feel about this? Well - if they offered a service that had high quality audio and video, multiple cameras, edited to a nice respectful video of the service, subtitles, etc, for a fee, then why not? And indeed, if they offer a good service there is no need to "ban" anything. It looks like it is just a fixed camera, so would not be better that "someone with a phone". 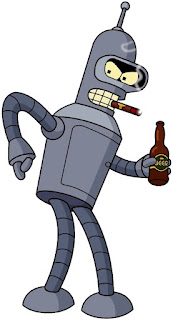 But banning it "out of respect" is crap. And almost wants me to put something in my will - that I want anyone, and everyone, that can and wants to, to video and stream the service. That way the "respectful" thing would be to allow that, out of respect for the deceased wishes.

So they accept it or change their excuse. They should be honest and say "no video or photographs as we sell a service for that and would not make any money if we allowed it" - not pretend it is anything "respectful" to anyone.

So let me say now - when my time comes, fuck any "service", sort the cremation or whatever is needed as cheaply as possible, and then have a party, a proper party with anyone and everyone welcome, with any streaming, and videos, and photographs, and blackjack, and hookers...

1. At the last minute, after paying for streaming and recording (which was used as some people could not make it) they said we could record. But really too late for me to plan sensibly putting in a camera, etc, so we did not record it.

2. As the title of this post is about respect, one has to consider a "celebrant" that does not even check the cause of death before starting a service "Isn't it great, now that covid is over, that we can all be here without masks". The day went reasonably well, as well as you can expect for such things, but that really did grate somewhat.

Email ThisBlogThis!Share to TwitterShare to FacebookShare to Pinterest
Labels: Funeral