A game played by men with strange shaped balls 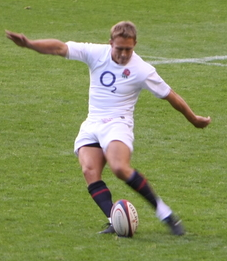 Well, I have never been to a football or rugby match before, but was invited to the rugby at Twickenham today. It seems we came second...

I have to say it was all very civilised. Beer/cider in the stadium even, and nothing even sounding vaguely rowdy on the way back to the station. I was amazed how many people set up stalls, mostly selling food, in their front gardens between the stadium and the station.

Overall an interesting day out, albeit rather cold (well, it is November I suppose).