Pint to line: What line? 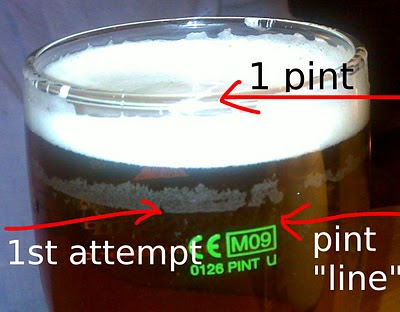 Generally "The Warren" in Wokingham is a nice pub. Food is not bad, and they serve beer and cider. So we go there regularly.

Apart from the usual insistence on serving draught cider with ice for no apparent reason, things went quite well and we had a nice meal and a few drinks.

But the last round was a bit odd. Somewhat short measures to say the least. The beer had a head that nearly went to the top of the glass at first, but when we had finished paying it has settled and needed topping up.

This in itself is not that unusual. The glasses are pint to rim not pint to line, which is pretty typical these days (shame).

One thing that was odd was that they did not fill the cider glass anywhere near full and that has no head so no excuse. See second picture.

What was really odd was that they initially refused to top up the beer. They refused on the basis that it was a pint to line glass and the line was the top of the CE mark.

What! Never have I heard such twaddle. The staff should be ashamed of themselves. They did, grudgingly, after some argument, top up the beer a bit. I did not even bother asking for a full pint of my cider. 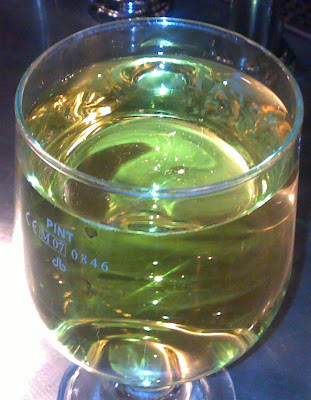 If ever you go there - check your pints...