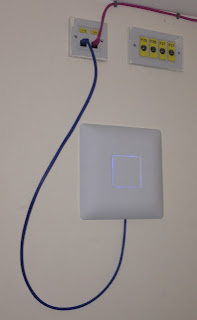 I posted before about a Ruckus, and indeed, it is impressive. The only catch with a Ruckus is that to do it right you need multiple APs and a controller which soon adds to the cost.

High end pricing for consumer APs, but compares very well with the Ruckus pricing. I am testing the 802.11ac units which cost a bit more but still good compared to Ruckus. The more standard 802.11n and 802.11a stuff is very reasonably priced.

I had to install the app to configure them, which was easy and works on the mac with no problem. It is actually very impressive. I was able to detect the APs and attach to the network. It was very quick and easy to set up.

They are PoE, and come with PoE injectors, though we had have a couple of PoE switchs in the house. They come with wall brackets. My son may even find a shorter, white, patch lead for his games room wall, but I am not sure he cares.

The control app allows you to do a floor plan, which it will quite happily snap shot from google maps. 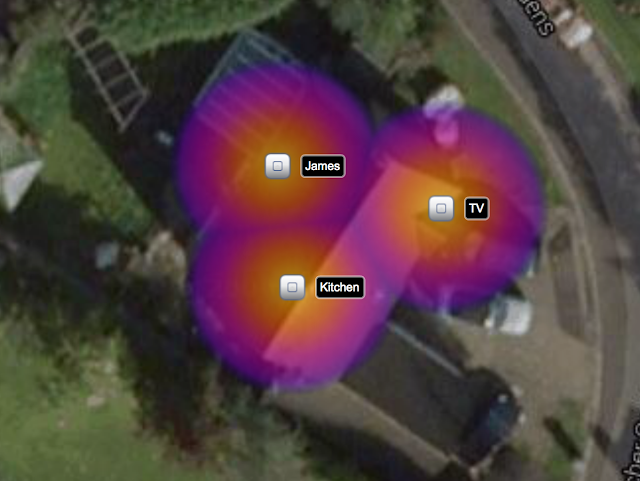 It has nice reports on usage, pie charts of which AP is used by which device, throughput figures, all sorts. And it just works as a seamless set of APs.

It has plenty of bells and whistles as you would expect - multiple SSIDs linked to VLANs, a "guest" management system.

What did surprise me is that it seems "better" that the Ruckus. One specific point was starting to annoy me of late with the Ruckus. I would open my MacBook Pro, put in the screen lock password, and then still have to wait a noticeable amount of time before the Mac would get a signal. Yes, this is even with the numerous amusing SSIDs all removed. I would also find that it sort of stalled occasionally when in use. The latter point was improved massively by forcing 2.4GHz, though the 5GHz was showing full signal when connected and it was close to the AP. Using the Ubiquiti the Mac has found signal before I have finished typing the screen lock password, is on 5GHz and not stalling or being odd in any way. The next real challenge will be testing VoIP calls from the iPhone over wifi, which was a strain to use on the Ruckus. So far it seems good, but I need to do a few more calls and longer calls to be sure. Obviously, even in a house, having more than one AP helps, but we had managed to place the Ruckus centrally with good signal everywhere, so that should not have been the issue. Long term I expect two will be more than adequate for the house, though I may get one of the LR (long range) units to cover the garden.

Overall I am impressed. We'll be setting up at the office as well. It does leave me with a couple of spare Ruckus to play with :-)

Why am I playing with APs? Well, we have tried many small APs, and so many are iffy in one way or another. The apple airport are around the best of the cheap ones we have found. But we get asked by customers for WiFi, and we need to really be sure what we are selling will be sensible. So we are trying different kit and evaluating at the office and in a home/office environment. We like to have used what we sell or recommend.

This does look like a system we could sensibly sell to customers and expect to just work for them. It would fit well with a FireBrick in our Office::1 package as that can handle VLANs and dish out DHCP on separate LANs for different uses. 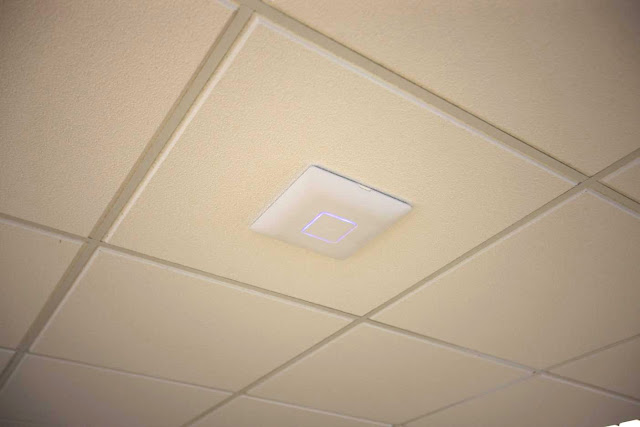