I hate being fucking ill 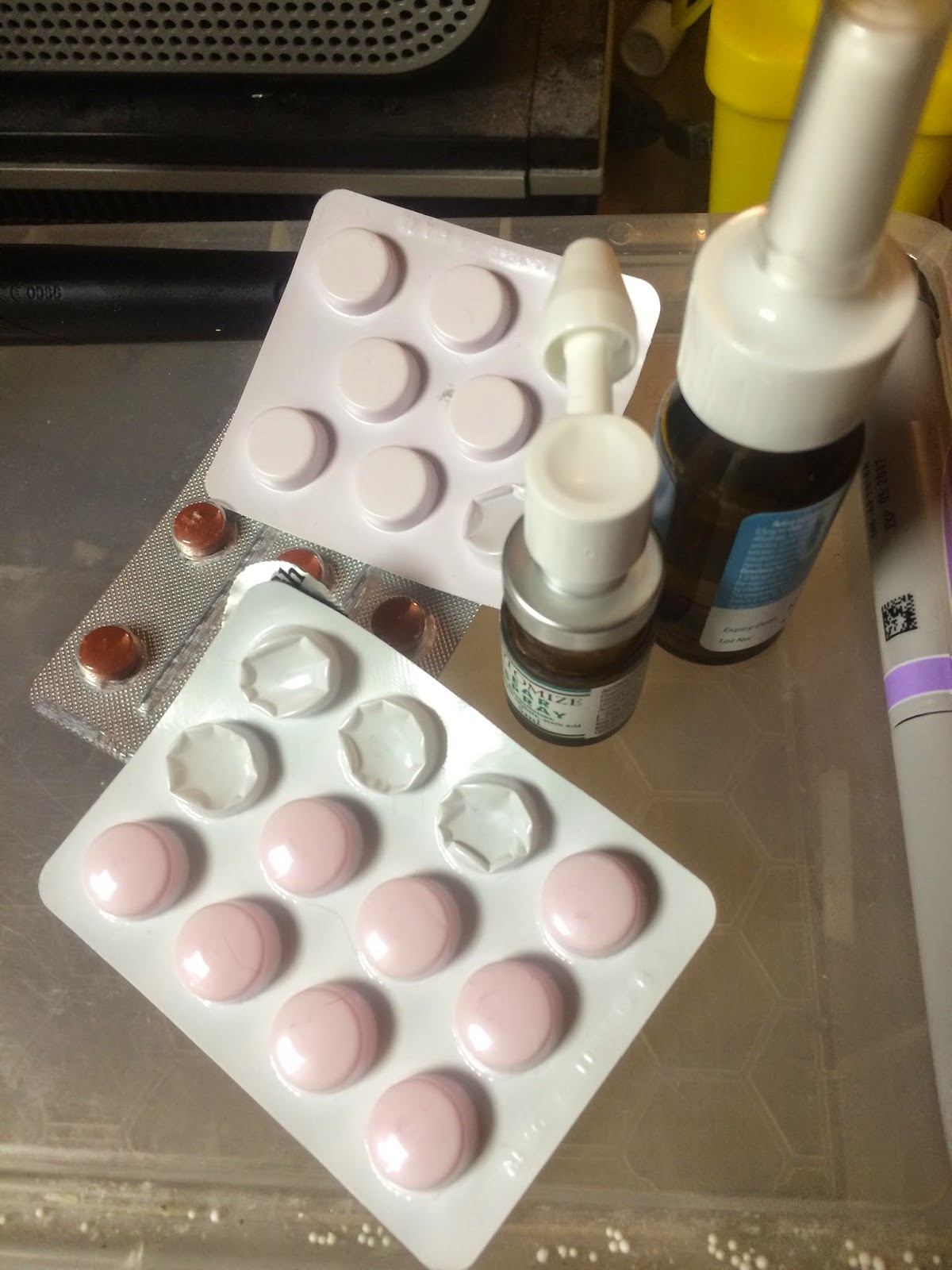 Getting old is bad enough with things going wrong, like diabetes and now high blood pressure, but getting ill is such a total pain in the arse, and seems to get worse as you get older.

I am, of course, no stranger to the odd cold. A few days of not feeling well, headache, fever, cough, congestion, and then fine. The main thing is that the average cold responds well to some proper sudofed and paracetamol, and mostly I would not even take time off work, just be "dosed up" as needed.

But just occasionally you get a real bugger like the one going round now. Taking max doses of sudofed, paracetamol and ibuprofen just to reduce symptoms and they are still a real pain. Trouble sleeping, bunged up head, blocked ears, tired.

It has been about two weeks now, was OK for a few days and worse again now. I'm actually taking time off work, and not just "at home, but working anyway" as more usual, this is actually not doing anything, sleeping some during the day and otherwise watching TV and drinking soup.

To top it all I got an ear infection as well, which was agony. Thankfully an antibiotic+steroid spray fixed that up right away. But the cold is a virus and not something I can do anything with. I am doing all that can be done. The nurse even suggested steam, and I pointed out my shower unit has a steam room feature which I was already using twice a day to clear my head (it works quite well).

You feel so bloody helpless, nothing that can be done. Counting the hours until you can take the next set of tablets to feel a tad better. The occasional half hour of "this is not too bad now, maybe it is going away" only to be plummeted in to coughs and headaches again.

Thankfully I am able to keep tabs on email a couple of times a day so I do not have the dread of many days worth of work when I get back, and my staff are coping well (though many of them are down with the same problem). Well done everyone for coping.

How long before one can run DNA analysis on a virus you have caught? It cannot be that far off. And what then? It is not just a "same bug as you had", but could deduce the sequence of infection and work out who to blame? At what point in the future will people need public liability insurance incase of passing on an infection? That would be scary.

Anyway, this cannot clear up fast enough - just hoping for reversion to the mean and being well again.

Update: Friday - starting to feel like some progress is being made at last. Fingers crossed that I'll be back to work and well by Monday. We'll see.
Posted by RevK at 19:44:00