The IT crowd: The next big challenge for IPv6 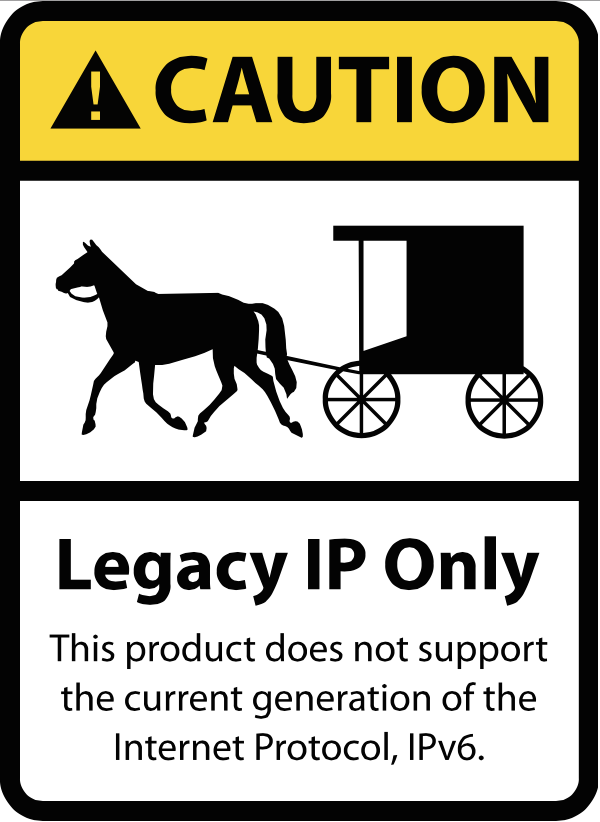 It means that the way computers talk to each other is changing slightly. From the point of view of people using computers it makes no difference. Most people have no interest in how computers communicate.

The problem is that some times, some people, need to do something about it, and those people do not always realise this.

Basically, what this is about, is upgrading the Internet to a new version, and that means all of the bits of the Internet changing as a result. People are used to upgrades on their computers and laptops and phones and even TV sets these days, it is pretty routine and seems simple enough - but sadly it is not quite that simple...

The issue is that, even now, the old system (IPv4) pretty much works well enough. But we can't wait for it to stop working properly before we act. Long before that point we have to have everything using the new version as well, and it takes a lot of time to change things. So lots of people, just like me, are pushing and nagging for this to happen before it is too late.

So where are we at now?
This is all very good news, and it is finally happening. Finally the old version can be seen as the poor man's, old fashioned, Internet and pressure applied for the last remnants to finally start to die out, one hopes.

But there is one stumbling block - SME (Small//Medium businesses).

The larger businesses have generally had a plan for many years and been upgrading their systems, but smaller businesses have not. It is not surprising in many ways - shit still works - if it aint broke, don't fix it - and this costs money to even think about or plan let alone make happen.

The problem is that small businesses are not using Internet like home users. For a home user, typically, you have some magic box from your Internet provider, and you have stuff like an iPad or PC, and they just work somehow - you do not have to think about it. That is good news, and a real endorsement of the hard work put in by a lot of people to make this work so well.

With a smaller business you actually think about how Internet addresses work in your company. Which devices have what addresses, and how multiple sites link together. How computers log access. How visitors get restricted access. Things like firewalls and address allocation policies. All of this works because people in a small business - the IT crowd - understand how the old version of Internet works, and do not necessarily understand how the new system works.

Without some mandate from above they have no interest in making their life difficult by taking on such a complex project - not while things still work properly the old way.

So here lies the challenge - how do we get SMEs, and their IT departments, to embrace the new system - to realise the power of IPv6, or at the very least realise the limited lifetime of IPv4 and everything still working properly the old way?
at February 25, 2015

Email ThisBlogThis!Share to TwitterShare to FacebookShare to Pinterest
Labels: IPV6