Running up that bill 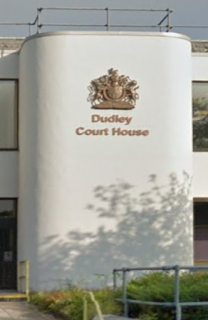 What happens if you try and stitch someone up and not pay your bills?

Please don't get the idea that we sue people all of the time - in all my decades in business we have sued fewer than half a dozen people - sadly there are some things that cannot be resolved without going to court. Fortunately most things can be resolved amicably. However, if you do ever need to go to court, it is worth knowing a bit about how it works in practice - whichever side of the table you are sitting.

It is also worth pointing out that we followed this case through to the end - not to be vindictive - but because this person was being so (in my personal opinion) devious and slippery that we really wanted to understand if the legal system really can get there in the end. If it didn't, we'd know when to give up in future. So thanks for the education on this one...

As ever, having been to court, the case is public record, and as such I believe can be reported. I am happy to correct any errors in my reporting of events here. However, we are not mean, and things do seem to have worked out eventually, so I'm not naming him.

The story is pretty simple, and as always we have learned some lessons. He used a business name, got some data SIMs, used some data (tens of pounds a month) and paid on DD, all was well.

Then he started using a lot of data on one SIM - we spotted this, and contacted him. It got to a £884 bill for a month. He bounced the direct debit.

Well, this is where the excuses start - says he will be paying soon - doesn't understand why such high traffic. We investigated (as requested) and explained that it is someone watching a video surveillance system remotely 9-5 solidly (SIM is apparently connected to CCTV). We also explain it will be cut off as not paid.

To be fair - if it had stopped there we would have considered that there was some aspect of "misunderstanding" going on. He did get the warning of usage at a much lower level (e.g. £50), but ignored it, apparently thinking he'd get a warning every £50 for some reason. We'd certainly have tried to work out some sort of payment schedule (we did offer this I think). But he insisted we not cut off the SIM as that would be breach of contract and he'd be paying soon, honest...

He ran up £1200 bill for next month - and at that point we cut him off, obviously. One lesson learned and coded very quickly is a system to issue interim bills for usage. We don't set limits normally (customers can set warnings) as that is a key part of the service, but we need to know when someone is not paying, so interim invoices will catch this a lot sooner in future.

At this point the excuses came really thick and fast. To be honest I really think this was massively feigned misunderstanding - usage of the SIM is not complicated and we explained what was happening and offered to stop just that SIM even. Things like not knowing who it was that was accessing the CCTV. Things like the CCTV access was via TalkTalk so they pay TalkTalk for the internet access, why are A&A billing (well, duh, it is usage of the SIM!). Insisting our metering is wrong. Just excuse after excuse. He knew how it worked after the first bill, so all of this was just making up excuses.

Several offers to pay which didn't happen, and eventually we had to issue a county court claim. Shame, but really not much choice. This service is one we have a straight cost for usage by the MB and so not simply a case where even a mistake by a customer can sensibly be waived. There are some services where costs are less direct and we can be a lot more helpful for mistakes or misunderstandings, but not here. We also have the fact that he knew, at £700, exactly how it worked and what he was paying and did not take any action to stop further charges.

He says he will defend it, and refuses an arbitration calls. His defence was basically that a data SIM from Three is not this much so why are we so expensive!

He did try one classic excuse at one point - the old "it was not me that ordered, it was someone else". It was ordered in his name, so our stock response worked fine: "Either it was you or someone ordering on your behalf with your permission, in which case you are liable, or it was not, in which case it is criminal fraud and the police need to be involved and we'll pass on all the recordings of calls we have had with you"... He decided against a fraud investigation.

He moved the case to Dudley court as he purchased as an individual under a trading name. Oh well. We sent people to Dudley, and he turned up with nothing. No defence, just more excuses. He said something about his business partner or something, anyway, somehow he convinces the judge that he will be able to get some evidence and some sort of defence if he has more time! The judge allows this and adjourns the case but orders that he has to pay our costs for going to Dudley regardless. Indeed, if they are not paid then there will not be a new hearing, just a case in judgement by default. Only £245 in costs (travel, overnight stay), and he promised to pay, but doesn't.

So case of judgement in default, simple.

Again, he promised to pay by some future date, and so we waited, and he did not pay.

We paid for bailiffs, they went round, he had excuses. First off, he says the warrant is not valid as he is not at number "1a" but at number "1" in this street. Now this is devious, buying a service with a slightly wrong address in the first place. We spoke to bailiffs and convinced them to carry on (we'd just get the court to re-issue the warrant if not). The bailiffs gave the impression they knew him quite well. They said they cannot get access (he has a gate). He then insists that he has an application in to the court to suspend the judgement or something. Then he apparently sent it to the wrong court. Then he says he did not send it as it was going to cost him money. Each step caused extra delay of many weeks. Months down the line now, and eventually bailiffs give up!

Now, bear in mind, at this point it was nearly a year since this all started - he managed to delay and delay at every stage, and kept offering to pay by the end of next week or some such excuse to add more delay.

I had never had a case get to the bailiffs saying they cannot enforce the warrant before. This was new. I wondered if being bloody awkward had somehow worked for him...

But no, there were two more steps we had - one is the High Court Sheriff. For yet another fee we could transfer the case to the Sheriff. So we did.

Again, he gave them excuse after excuse, and again they could not gain entry (not allowed to break in). Months passed, and we were seriously looking at how you get someone declared bankrupt. My theory was that he would want to find the money (bank loan perhaps) rather than have us actually declare him bankrupt which would cause him a lot of hassle for many years.

However, it seems the High Court Sheriffs are good :-) They even hassled neighbours, apparently! I guess asking when he is in, that sort of thing, but making it clear they were after him for money. Somehow this finally worked, and he applied to the court to pay in instalments. To our shock and horror he is actually paying. It will take him (another) year to pay up but we are finally getting paid, though we don't know for sure that he'll keep paying. It is, of course, quite fair and proper that if he cannot pay in one go, he should pay what he can over time, and we told the court we were happy with that.

We think (and asking Dudley county court was not helpful) that in future one can simply go to the High Court Sheriffs in the first place rather than bothering with the local bailiffs. We'll find out next time we ever have a case.

Well done to the justice system.

I would, however, like to say that Dudley county court is a nightmare (in my personal opinion). They simply lose paperwork. We had special delivery and recorded delivery paperwork signed for, and they deny getting. We had one case of faxing them (as well as posting), calling and confirming they have the fax, and the next day they deny receiving it. They charged the wrong amount for a warrant, and then had to post a check back rather than refunding the card. I think even that went wrong somehow. They messed up the transfer to the High Court Sheriffs somehow as well. The judge was OK, insisting on our expenses, but the admin people in Dudley were useless. But overall, finally, a good outcome.
at July 10, 2015