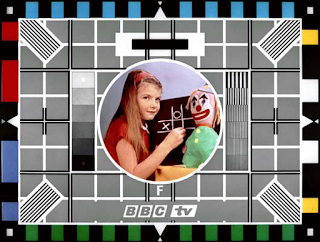 Whilst it is less so now, with mesh technology and pico cells and so on, the concept at the time made sense. You have a limited resource that covers a wide area or even a country, and as such you need licensing to ensure it is not abused.

This included licensing of radio receivers, which was odd, and clearly just a money making exercise. It is only the transmission in the limited resource space that needed controlling and hence licensing.

This included Radio and TV licences, which has diminished to just TV licences. The idea of charging more for colour (and less for someone that is blind, FFS) is crazy. Again, you should only need to licence the transmitter really.

I recall as a student I had no TV but had a radio receiver which was a BBC micro teletext box. This confused the fuck out of NTVLRO. At the time, the interpretation was that if you videoed (e.g. VHS) something you needed a licence to play the video not to record it. This sort of made sense as the fee depended on whether you viewed in colour or black and white. The licence was for you personally receiving the TV signal (watching it). This changed later to being the recording equipment needing a licence and nobody believing you had a black and white TV any more. At the time we had a big debate as teletext is black and white dots only so I said I only needed a black and white licence. They felt I needed a colour one. The teletext was used to stream BBC micro programme code! It came down to the received BBC micro programme listings - if the listing had colour (in-line colour character codes) then viewing the listing needed a colour licence (if you had a colour monitor), but if it was all plain text then only a black and white one was needed. I suspect the pedantry was strong in this one, even at such a young age - I have not improved much.

But more and more changes mean that "Live streaming over IP" is now something that needs a Wireless Telegraphy TV licence. That is mad, and to be honest a loophole that needs plugging.

The "iplayer loophole" some mention is madness. The loophole is allowing licence fees for live streaming over IP where no wireless telegraphy is involved, and to be honest the whole basis for charging a radio licence is long since obsolete.

If they want to charge for player - then make it a subscription service - simple, and no pen pushers and other vultures getting in the way of the money going to the BBC. But don't fuck about pretending it is a "licensing" issue.

If we start licensing streamed individual videos, I will want my cut for some of my youtube videos.

Update: Thanks for debate on irc.

OK, where does the BBC fit in?

I think there are things that are at different levels.

Some things fit at a level of national infrastructure and things we all need or may need and somehow need to be paid for by all. This is things like NHS, and so on that need to be paid out of general taxation.

I think there are things that are not viable on a pay as you go basis, but not universal for general taxation, and need to be charged on a class of use basis. Things like perhaps road and fuel tax based charges that go to pay (in theory) for roads and infrastructure. But that there is some choice with people whether they are in that class and pay towards that class of infrastructure. This is complex, especially roads, as we all want an ambulance or Tesco van to be able to get to our house via roads even if we do not have a car, etc. Also, such taxation is rarely pigeon holed to its target budget.

Finally we have services we use that can be worked on a pay for what you use basis. These can be state provided services, but something we pay when we need, and not something we have to pay a share to. Of course you then have competitively provided commercial services as the final logical step.

Ultimately these are points in a spectrum of socialist to capitalist models.

No, I have no bloody idea where BBC fits in this - but pinning it to an antiquated model of radio spectrum usage tax is mental and needs changing.
at July 06, 2015