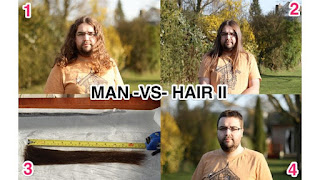 I am slightly conflicted here...

A friend is doing something for charity. Man vs Hair II.

It basically boils down to him shaving if people sponsor him to do so.

This is what I do not understand in terms of the the psychology here. 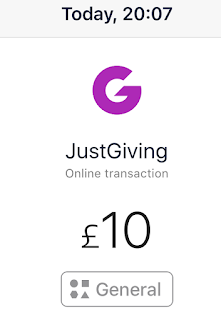 If his friends wish to donate to charity, the do so, simple. He can quite sensibly encourage people to do so. For the record, and primarily so that I do not seem like an arse, I have donated to that charity today.

But I do not understand the "sponsorship" aspect. If it is a good cause, give some money. If not, do not. Why is it that some person doing something that they would perhaps rather not do (running a distance, pouring water over their head, shaving, whatever) a reason to give money?

It seems people want to pay for someone else to do something they would rather not, so hardship, or some challenge (shaving is not a challenge, climbing a mountain is a challenge).

It seems we are creating a culture of paying for hardship. Paying for schadenfreude in fact. That is basically it. You would not sponsor someone to eat a cheese sandwich, as that is not something that is negative or humiliating or a hardship or challenge for them (unless lactose intolerant). You may pay to see someone shave a beard that has taken time to grow. You may pay to see someone run a long way. But why?

So this is using schadenfreude to raise money for charity - using the human desire to see someone else suffer as a motivation. This is even though charity is usually about stopping suffering!

Is this really what charitable organisations want to do? Is that morally correct? Is it ethical?

Anyway, do donate to that cause - it seems a good one - if you also want to experience schadenfreude then so do via his promotion, but why do that when you can just donate anyway and not humiliate someone?
at September 15, 2016

Email ThisBlogThis!Share to TwitterShare to FacebookShare to Pinterest
Labels: ETHICS