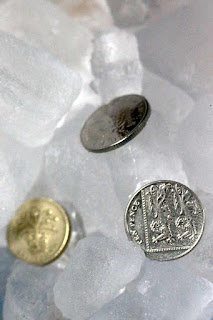 Tricky subject, and the very fact the subject has come up means something for the size of A&A now.

We have a change freeze, started this afternoon, and going on until after new year bank holiday.

The principle is fine - we have a lot of staff off, especially some of the senior technical staff, and none of us want major issues whilst we are at home with family if it can be avoided.

So the idea is we don't make major changes or deploy new systems over the change freeze. Nice idea.

There are, however, a few problems, and it is a change for the way I work for a start.

I am very keen to do a job and finish and deploy it - I hate having any job interrupted by a big gap - I lose track of what I am doing and spend a lot of time catching up and things can be missed. So this means that where there is a job in progress before xmas, I have been rushing to make sure it is all deployed before the change freeze. This is not to say taking short cuts as such, but rushing. I don't want a half finished job not deployed. And no, finishing on a dev system and deploying next year is not good - I like to deploy things as I go and pick up issues and fix them whilst still fresh in my mind. If I did the work and did not deploy for two weeks that would be horrid.

We also have the fact that xmas can be a quiet period from a technical point of view - it is (was) an ideal time to deploy and test changes with lower than usual impact. For a start, a whole bunch of customers are not even there - businesses shutting down. And whilst I don't mean to say business customers are more important than residential, there is a difference for a business customer disrupted in their business for a few minutes, or a home customer disrupted whilst eating mince pies. So traditionally the xmas break has been a good time to work on some major projects and iron out the bugs before everyone is back to work or doing anything serious with what we sell.

Ironically, whilst a few months ago, I would almost be happy to sit around doing nothing all xmas break, we now finally have me on medication for my blood pressure which has had some sort of impact on my diabetes which means for last few weeks I feel much more like I was in my 20's, bored of watching TV, and coding from dawn to dusk (well much later with it being winter). Seriously, this is great, even if it won't last (5mg perindopril + 1.25mg indapamide, FTW).

We had only one snag with stuff rushed through yesterday, and it was not actually due to rushing at all, it was a VoIP issue, which is a complicated set of issues where a recent change, which had been tested on several boxes, was deployed as part of an urgent update to address a customer issue. Sadly, when load got to a certain magic level on the live VoIP servers we go drop outs. Our normal testing on several other boxes did not pick it up, and would not have had we not had the change freeze and hence done the update next week instead. Sorry for the inconvenience on that - the VoIP servers are a pain as reloading means dropping calls but waiting means people with dropouts in calls until we do - we managed to move calls and so only drop a few to get the new code deployed during the afternoon.

But overall I feel rushed by the change freeze and not entirely convinced it will help with issues cropping up or not. I guess we'll see over next couple of weeks, if I go crazy, and/or make a huge list of changes all done on Jan 3rd and consequences of that.

If I do have my mojo back, I am damn well going to do stuff, but maybe not A&A stuff. My son has a load of web/app sites that could be tidied up, and my mate Mike has loads of stuff he wants re-inventing from scratch (probably including "the wheel", knowing him). I may find stuff to do.