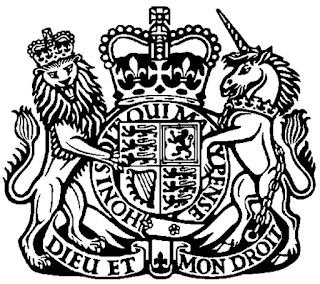 It is published (here). It is an interesting read, so here are some initial observations...

I have been trying to focus on the bits that could impact us (A&A and FireBrick) mainly, and I am very happy to have had help from a friendly lawyer on this matter. I am the first to accept that I am not an expert on reading legislation, but getting better as the years go on.

So, some observations, in no particular order...

Can a retention order be placed on BT Wholesale to monitor A&A traffic?

So that should mean, we think, that BT Wholesale or Openreach or BT plc as "the system operator" cannot be ordered to retain data which relates to the use of the telecommunications service provided by A&A in relation to that system. We see that as meaning BT provide PPP and we provide IP, and so BT cannot be ordered to log IP (or above), only PPP which is basically their RADIUS logs, because IP is related to what we provide via that system.

Good and bad - good is it means, in theory, if we say we have no monitoring (we don't) and we can assume BT do not, then there is no monitoring (same logic to LINX and transit providers). Bad news is that they may be more inclined to ask us to do retention as a niche ISP.

But it gets more fun - given that this now covers private as well as public telecommunications services, it is easy to say that every single one of our customers is a telecommunications operator even if only running one router to provide service to one person. So we can argue that we cannot be expected to retain data relating to our customer's use of the IP - you have to ask each and every one of them to retain data and not us.

We'll see how that plays out if ever we are asked to do retention (which we, A&A, have not been).

Can FireBrick be forced to add a back door?

We think no, thankfully. The definition of a telecommunications operator, which we thought could cover FireBrick would require that FireBrick is providing a "service", which we are not, we are providing a product, and that the FireBrick itself is a "system", which it is not, it is apparatus.

Even so, we still have standing order that if asked to back-door FireBricks then the UK company FireBrick Ltd would be dissolved.

In short, you can trust FireBrick!

Well, this is tricky. Home office think so, apparently. An operator offers "services", and services means a service consisting of access to or facilitating making use of, a "system". A system is something allowing transmission of communications by electrical or electromagnetic energy.

So a system is wires and fibres and radio; A services provides access to that or making use of that; An operator offers a service to do that.

I think the wires, and fibres, and radio, facilitate the use of FaceBook, not the other way around. The "make use of" may be the sticking point.

I think it is badly drafted! FaceBook may want to argue on that definition.

What are Internet Connection Records?

Something much hyped in the process of this becoming law, but relegated to a small part of the Act.

So it is just stuff to identify the service used by the sender, nothing more. But why does this narrow definition matter?

Well, retention can cover all sorts of data, anything that is not "content", which is "meaning of the communication". And that can be way more than ICRs. It is clear that ICRs are a subset of that data.

However, requests for this data to be acquired (e.g. from retained data) can cover anything.

There are restrictions on "local authorities" getting ICRs, but as that is a subset of the data ISPs may be forced to collect. So that is a less than useful constraint. Local authorities could ask for all sorts of non ICR data an ISP was required to "retain"!

How serious is "serious crime"?

Some aspects of the acquisition of data have restrictions for "serious crime", and that covers stuff with long prison sentences. Good. But, oddly the section also covers "relevant crime" which is rather fun as it covers offences that are "by a person who is not an individual, or which involves, as an integral part of it, the sending of a communication or a breach of a person’s privacy." This means things like failing to put your company number on your letterhead (a crime by a company) is lumped in with "serious crime"!

And the irony that you can get all this data which is a huge invasion of privacy to investigate a breach of a person's privacy is not lost on me.

Can the food standards agency get browsing history?

Well there are caveats, but yes, they are in the list and not even covered by the "local authority" exception to getting ICRs.

Does this mean back-doors can be mandated?

Well, yes, to any "service" which can be ordered to maintain a capability to decrypt stuff and even notify if new services are planned to ensure they have the back-door.

But not if you do the encryption yourself, using PGP or your own apps or pen and paper! Criminals can do this and do so legally with no interference by this Act. Well done!