Security is a battle on two fronts 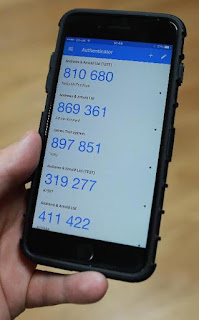 As an ISP, A&A are obviously quite concerned with security. Many ISPs have had leaks, and we hope never to be among them.

But "security" is far from being an absolute. It is a battleground, and whilst some part of that is the general battle for privacy and the stupidity of UK law, the main battles we face fall in to two areas...

The battle with the bad guys is hard and never ending. Every step you take is a mitigating factor. We have a dedicated ops team and part of their remit is security so they are constantly finding things we should improve to be best practice, or more often beyond best practice, if we can.

Some time ago we instigated a password hashing improvement programme. At the time, the password hash competition was not complete so we went for a heavily salted SHA256 hash. However, the main change at the time was not choice of hash but choice of a system of automatic upgrade. All of the systems we use, where possible, not only use the latest preferred hash but update the hash we have when someone next successfully logs in.

This meant that at the time our accounts and control pages and several internal systems moved to that SHA256 hash very quickly. However, we know that SHA256 was not the best approach as it is a cryptographic hash and not a password hash. There are different types of hash that have different objectives, and a password hash is designed to be time and memory consuming where as a cryptographic hash is designed to be quick but impossible (for some values of impossible) to reverse.

So, having put this all in place some time ago, we recently moved the the competition winner, Argon2. This is a specifically designed password hash, so any successful login will move your hash to this.

Why is this important? Well, it relates to the risk that our database is ever compromised. Obviously we work hard to avoid that, but if it happens then the hashes will not easily be crackable to find passwords. That is the plan. Not all systems allow passwords to be held as a hash, but our various web site logons do.

But tackling the bad guys is not all technology - it is also the social engineering. The call we get at 10 past 5 from someone that is as nice as pie and visiting his parents house for his fathers funeral and does not have the details and just needs this minor change done over the phone. The bad guys are good at this shit, and we have to be vigilant but somehow also allow for the customer that in genuinely in that situation!

But that leads me on to the other battle - that with the users (aka customers).

Bear in mind some ISPs store such passwords in plain text and show to support staff!

OK that sounds unfair, we should never be battling our customers, but the real battle is human behaviour. People will re-use passwords or use dumb passwords. This is why our password setting system is hard to not accept the pre-set random one we offer. We don't quite make it impossible to pick your own password, because we know of people that do run password apps that provide individual and very secure passwords to use on our system. Sadly, ultimately, we cannot tell such people from those that want to re-use a password or set to "PA55W0RD".

But even then the battle is more subtle - people will store passwords in their browser and then get hacked and passwords collected. People are inherently lazy, and we all know it. We are all the same.

So, our latest initiative is allowing two factor authentication on our accounts system web login. This is an extra step that is not possible (in theory) to store in the browser - a code that changes every 30 seconds from an app or device you have, usually a mobile phone app.

So we ended up allowing a paranoia setting. Customers can, if they wish, set so the code is needed every time, and even staff will not talk about the account unless you can quote the code over the phone (or irc, or web chat or whatever). But people can set less severe modes where the code is needed on login only if not your usual machine or a recent bad password entry.

We have decided that if you have set up 2FA then we do insist on the code on all orders, even if over the phone. But ordering is rare enough that people can cope with that, we think. The whole 2FA remains optional.

We think we have the right balance of convenience and security now on the accounts web site. Next step is our to our "control" pages. But behind the scenes we are working on more more systems to improve security all of the time.
Posted by RevK at 18:58:00