Techie: How would I do it? 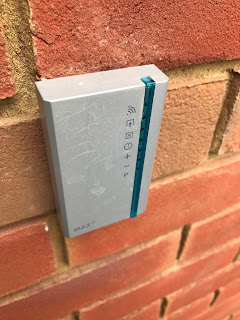 One of the things with the hacking I am doing on this alarm panel is the fact that the messaging is more sort of state based, and means keep sending the same message in case it did not arrive. No sequence numbers or acknowledgments or such.

To be fair, it is not that bad - you poll (and send some message) and expect a response - so not getting one is a clue. But it is not ideal.

If I was making a simple system to work on a state basis I would report a single status that covered all of those inputs and outputs. I would have a simple message that controlled all of those outputs.

Technically there is one extra input which could be added which is 4 bytes BCD code of nearby key fob code - present or not...

Now, that means you could keep sending the command to set the outputs until you see the status showing the outputs are what you expect.

It means that if something else sent a command to impact the output, like me hacking, or the device reset, or any circumstance where the outputs are not what is expected, you simple send the message to set the outputs as wanted.

This is a simple system.

It means tamper is just an input not a different damn message!
It means you cannot get stuck bleeping forever.