Well, apparently, I now own one square foot of a wood in Scotland (thanks, Louise). According to the web site, being a souvenir plot, it does not have to be registered in the Scottish land registry but is sold simply under a contract of sale for which I have the receipt/certificate.

The theory, it seems, is that Laird is a valid name prefix in Scottish for land owner and Lord is simply the translation to English, calling myself Lord would now be correct and valid, albeit misleading.

This seems more misleading in someways than Reverend as it is generally accepted (at least in UK) that one should not have a go at someone else's church or religion, so suggesting that ULC is, in any way, not a real religion, is not really allowed.

I'll ponder if I should use Lord as a prefix or not... 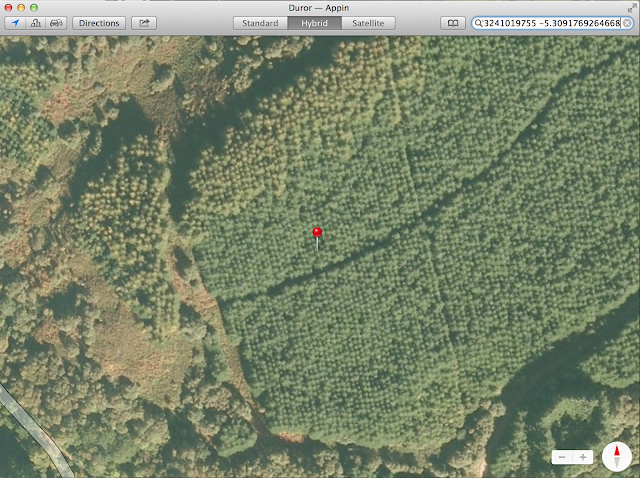 Update: Thanks for the various comments - it does appear to be, as I expected, a slight exaggeration of the truth, perhaps just short of a scam. It seems to be that I do own one square foot of Scottish woodland which seems it can be sold by simply contract (i.e. not registered). But the idea that owning that allows legitimate use of Laird or Lord is not quite sensible. The big clue is that they include a deed poll to change my name to have Lord on the front. If it legitimately allowed a prefix such as Lord (or even Laird), I would not need to change my name as such. Being Mr Lord Kennard or Rev Lord Kennard is a tad odd, and I'll not be doing that then.

I did email the land registry to find out if one can in fact register such a souvenir plot and what cost it would be. I suspect not a sensible cost, but would be amusing to do as presumably it means the registration for the area would need a small square hole removing from it.
Posted by RevK at 13:19:00