As you will see reported, and a good ORG article (here), the Digital Economy Bill is introducing a 10 year jail sentence for the most minor of copyright breaches - things which have so far been a simple matter of a civil wrong for which compensation can be due. Until now, copying for yourself has been civil, much like trespassing is civil, and you could have to pay damages.

However, the wording is bad, and make anything that could cause "risk of loss" to the copyright holder a crime with up to 10 years in jail.

This is bad, but I have to say the full horror will not be with us until this is law.

At present, there are many things which are illegal. If you break the law you break the law, and could, if convicted, face penalties or jail time. However, there are very few things where the fact of the matter - whether you have broken the law or not, is at the whim of someone else.

Yes, if you break the law, and someone else knows, they could agree not to tell what they know in exchange for some money. That is a sort of blackmail. But at the end of the day you broke the law.

However, as far as I can see, there is no reason for someone not to sell a "licence" which allows activities which would not have been legal without one, retrospectively.

I.e. you "file share", but then the copyright holder (or their "agent", aka "troll") can say that they can have to sent to jail for 10 years for a crime, or, for a (not so) small fee, they will sell a licence that covers what you did, making it now "legal". Literally selling a "get out of jail" card!

What is 10 years in jail worth? Well, that is the issue, they can make the fee anything. They are no longer asking for compensation for a loss in a civil case, they are selling "not going to jail for 10 years". That is worth a lot more than the cost of a DVD plus legal expenses.

I pay for my films, but I know people who I am pretty sure do not always do so. It is somewhat scary that they could be on the end of such threats. I wonder if these trolls will also team up with loan companies to lend you the money to pay for the licence over 10 years?! 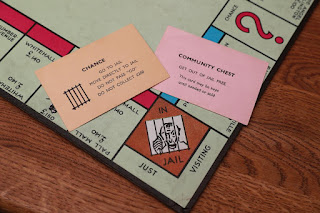