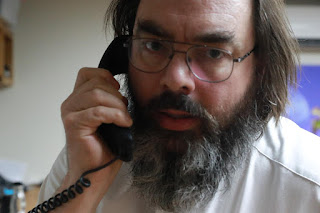 P.S. Neil has confirmed my side of that "recording" was all from a single call recording I posted on my blog some time ago, so anyone could have constructed that just the same. Well done Neil.
at February 28, 2017

Email ThisBlogThis!Share to TwitterShare to FacebookShare to Pinterest
Labels: SCAM