I have never been to a Comicon or similar. I don't do the whole "dressing up like Captain Kirk" thing, honest (that is more my younger brother).

But I have booked to go to Cal Mah in Leicester 17/18th Nov. (tickets here). It seems to be an unofficial Stargate convention in the UK!

Why? Well, I do like sci-fi, and Stargate, and a few other things, and thought it would be fun. I nearly went off to an event in Vancouver just for fun, but chickened out.

My daughter suggested I went as a Klingon! I mean, no, and no, and WTF? and no, and I would be lynched I expect. Star[things] are not all the same, honest.

I am not wearing a "costume" as such, but I'll take a small step. I remembered that one episode has an "Area 51 ID card" in it. I googled for an image and did not find the one, which was odd. But too much clutter I think. I did find a reference to the episode, SG-1 s8e10 "Endgame", and so watched and found the card :- 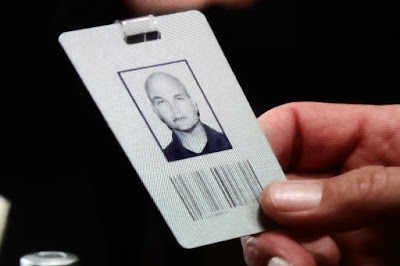 No doubt it was deliberately minimalist, but the back was odd... 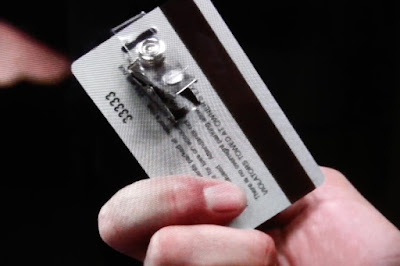 As it appears to have text about parking! I have tried to reproduce that.

Anyway, suffice to say, I have my "costume" ready...  making use of the A&A card printing service.


And maybe I have the Stargate dialling address for Earth on the business cards I am taking, on the end of the address, maybe. That would be sad, wouldn't it?

As I say, never been to a thing like this, but it is a good chance to gauge interest in my Stargate playing cards. Still waiting on UK agent for MGM on that. I'll take the sample pack to show people.

If you want to meet me, get a ticket! I'll be the one badly disguised as an Area 51 techie, with a beard.

Now for extra geek/nerd: Cal Mah is Goa'uld for "Sanctuary" but is also where K'tano, a Goa'uld posing as a Jaffa, gathered rebel Jaffa and was ultimately found out and defeated by Teal'c and then the site was destroy by Goa'uld Lord Yu. So is this conference as scam by a Goa'uld I wonder?
at October 12, 2018