Time for another short cruise. Well, cruise is a bit of an over statement, it was four nights pottering about on the Norfolk Broads. It is the first time I have ever been there. I have been on canal boats as a child in the Midlands, but nothing quite like this - thankfully no locks!

For a start, I had not appreciated how flat and wet Norfolk seems to be - lots of water and marshes, and clearly the first against the wall when sea levels rise. I mean seriously the whole place is going to vanish off the map, it is scary. So just as well I have had the chance to visit. It is quaint :-)

I can see how it is a lovely holiday for some people, and I do not want to put it down at all. Apart from freezing the first night, the weather for early October was actually quite good - dry, clear, sunny. Actually nice and pleasant. 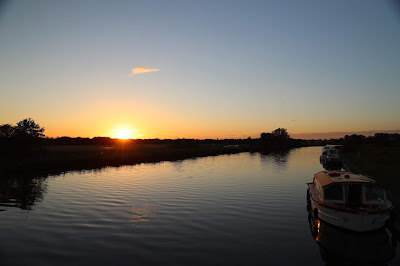 As boats on the Broads go, we had a nice boat from Barnes Brinkcraft, an electric hybrid. We pottered around, went to a pub one night, ate well all week, and drank well! A nice quiet few days with my two best friends. 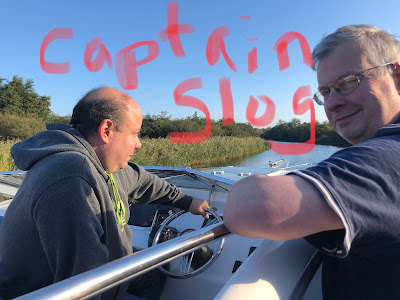 We even played cards (a 64 card deck with Altreran characters)... 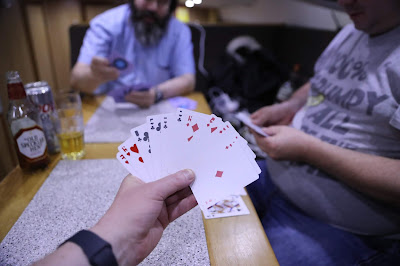 I managed to keep up walking a bit, and even found an old Abbey, turned in to a windmill (literally just built over the original gate/entrance). They have lots of windmills there, mostly to pump water! 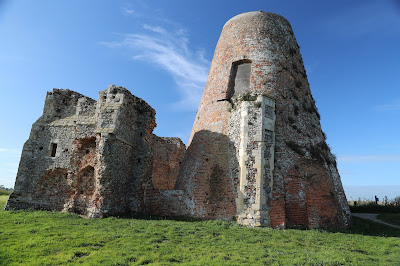 So, thank you Simon and Mike for a nice few days.

However, there was one thing that surprised me. A bit of technology... 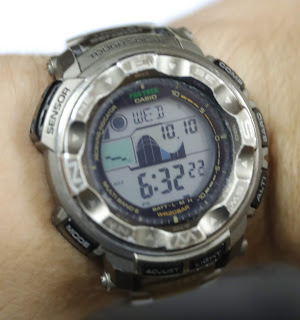 My watch! It has tides shown on the main screen. I may only be an ape-descended life forms that is so amazingly primitive that I still think digital watches are a pretty neat idea, but it was not actually a key feature when buying it. It works, and we needed it as some bridges are too low during high tide. It shows three levels of amplitude and roughly where you are in the tide cycle (6 steps) on the main display. It is solar powered and radio set, nice little watch and I can see how anyone that lived or worked on the water, such as on the Broads, would find it invaluable.

Anyway, we are pondering a trip on a canal next time...