It is slightly odd to have more than one monopoly but I seem to be making quite a collection now, and somewhat out of the blue Mikey has just got me an original John Waddington Ltd (pat. app. for No. 3796-36) 1930's monopoly board, in original box with original tokens and dice and instructions. 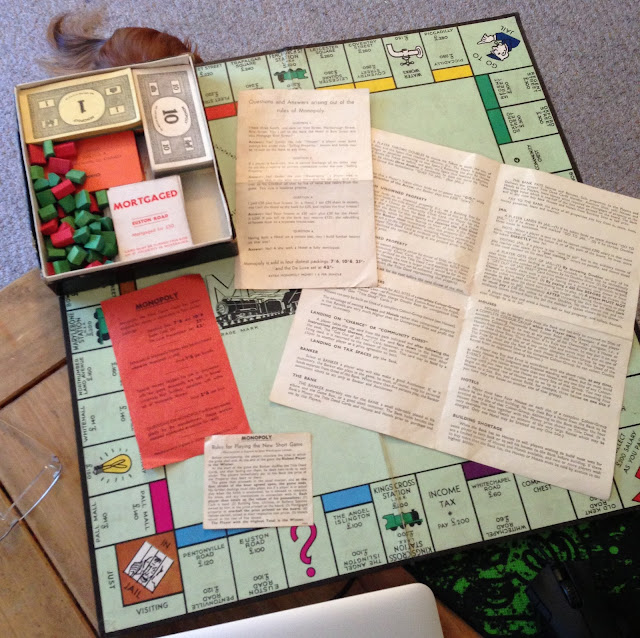 I am impressed! Thanks Mikey.

The rules are very slightly different to the modern game, but not fundamentally. They are, if anything, slightly clearer. They don't, of course, have any of the silly variants like "fines collected and paid on landing on free parking", or "must do one turn of the board before buying property" which are all too common.

Interestingly they do have a separate little "Q&A" for the rules which clarifies a couple of points I did not know. You can sell (to the bank) the houses or hotel on one site without selling the other houses on other sites in the group - the "even building" rule only applies to building not selling! You also cannot sell the logical 5th house that is a hotel leaving 4 houses left - you have to sell the hotel and separately buy houses at full price, having only got half price back for the hotel (half of cost of 5 hours).

Oh, an unlike the british Bletchley Park set it does, of course, use POUNDS.